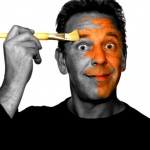 Part of the content you should be putting out there in the weeks leading up to opening night is bios of your cast and production team. These are very different than the bios that typically appear in a playbill or program. By the time someone sees those, they have already bought a ticket. I’m talking about bios that someone will see when they are still deciding if they want to see the show.

The goal is to help your potential audience feel like they’re watching friends on stage. With that in mind, here are some specific elements you need to include in your bios.

A compelling photo is a must. Compelling may mean different things for each person in your show. Some people may look best in a serious headshot. You may have a few jokers who take very engaging pictures that are casual and off the cuff. Although you certainly could decide you want everyone’s photo to look similar for the sake of consistency, I would argue that the most important factor is that you get the best possible picture you can of each person.

They could just as easily spend their money on the latest George Clooney movie, and that dude is pretty charming.

The point here is to make the reader fall in love with this stranger enough that they are willing to plunk down their hard-earned dollars for this show. They could just as easily spend their money on the latest George Clooney movie, and that dude is pretty charming. So you have your work cut out for you.

One fast and effective way to show some personality is to set the bio up like an interview with short questions. Have each person in the show complete a form with simple questions. You might ask questions like…

The people in your show don’t exist in a vacuum. They interact with each other. If you’re lucky they all get along really well together. Maybe they’re at each other’s throats. Either way, that type of information that makes people curious to see your cast interact on stage.

You can find some gems by asking a few more questions of the people in the show aimed at finding out what they think of their cast mates.

I’ve put background last in this list for a reason. It’s the least important. Does the audience who hasn’t even seen you on stage yet care where you studied? Maybe, but probably not. After they see you knock it out of the park on stage, then they’ll want to know where you honed your craft. Until then, though, keep this part of the bio brief if you include it at all.

Next Story: How To Make Money From Your Show Beyond Ticket Sales: Sell To a Captive Audience
Previous Story: Tag Photos and Videos In Facebook To Get Your Show In Front of Thousands of People