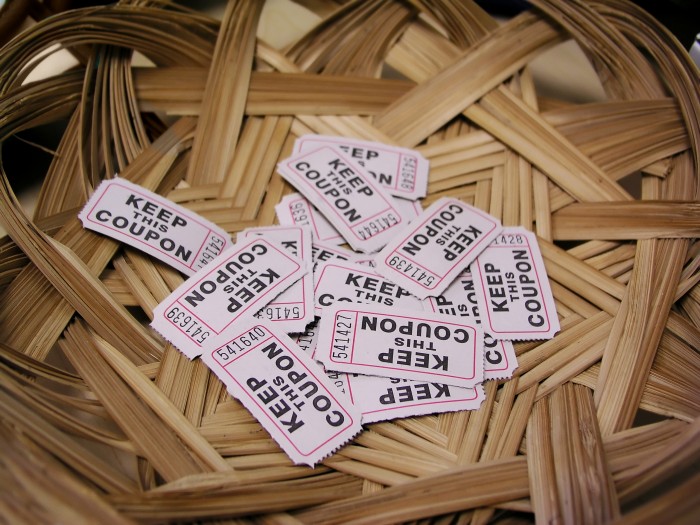 Everybody loves free. So running a contest for free theatre tickets is not a bad way to promote your show. Should you worry that a free ticket is only going to attract people who aren’t that into what your trying to do? Nah. Even people who would happily pay for a ticket get a kick out of having their evening comped.

A contest like this can be a great way to spread the word about your show if you do it right. Do it wrong and you’re just giving away a pair of seats with nothing to show for it. You want to make sure you set up your contest so that it helps increase your total ticket sales. You do that by creating a contest that gets people talking and gets your show stuck firmly in their memories. Here’s 8 keys to making that happen.

Let’s get this out of the way up front. It probably goes without saying, but I’m saying it anyway. Your contest should be easy – incredibly easy to enter. You want as many people participating as possible. If you were giving away a dream vacation you could require someone to write an essay to enter. Your giving away a couple of hours of entertainment (albeit awesome entertainment). Entering shouldn’t take more than a couple of minutes at most.

You’re walking a fine line here. If I’m one of 10 people who enter your contest, I’ve got a decent shot of winning. If I tell a bunch of my friends about the contest and they enter, my chances just went down. But the whole reason you’re doing a contest is to let more people know about your show. A good solution is to have the way someone enters be visible to their friends.

An example of that would be to hold the contest on Facebook or Twitter. The way someone enters to win is to type “I’m entering to win free tickets to Enter Love. Click here for details.” Now whenever someone enters the contest, they are automatically telling their friends.

3.) Bundle prize packages to appeal to a wide audience

An advanced move is to create a prize package that includes more than just tickets. The winner also receives a free (non-alcoholic) drink from the lobby. Throw in a gift card. Add a prize that’s related to the theme of your show. Now you’ve expanded your pool of contestants. Someone may hear about the contest who already has a ticket, but they’d love one of the other prizes. They wouldn’t have entered for just a ticket, but all the other pieces of the contest reeled them in.

4.) Figure out the rules

You can save yourself a lot of headaches by thinking about a few rules up front. How many times can someone enter? Are the tickets mailed to them or do they pick them up at will call? You don’t need pages and pages of terms and conditions for your contest, but it is helpful to cover a few basics. I have a few suggestions to get you started:

5.) Do a series to gain momentum

When you announce the winner of the contest, you’ll get some people who are just hearing about it for the first time. A common reaction is that they wish they would have heard about it sooner so they could have entered. So let them. Obviously they can’t enter the contest that just ended, but you can hold another contest. In fact you could give away tickets each week. It’s a great way to build momentum in the weeks leading up to the show. Your goal should be to grow the number of contestants that enter each week.

6.) Give away a pair of tickets

You may be tempted to make the prize in your contest a single ticket with the idea that the winner will recruit someone else to come with them that buys a ticket. Don’t do this. Not only is it tacky, but it will greatly reduce the number of people who enter your contest. You can certainly give away more tickets if you feel that is appropriate (such as four tickets to a children’s show) but never less than two.

7.) Talk about the contest everywhere

People can’t enter your contest if they don’t know about it. Sure you try to set things up so that word will spread as more people learn about the contest, but the onus is on you to get the ball rolling. Obviously you should tell your cast and crew about the contest so they can tell their friends. Have a page on your website that explains the prize and how to enter. Social media sites like Facebook and Twitter should have mentions of the contest every few days that it is going on. If you have any interviews with local media outlets, be sure to plug the contest.

A contest always feels more real when people see who actually won. You look at the winner and think that person is no different than me. That’s why Publishers Clearing House created commercials where they arrived at the door of their winner with a giant check. The same holds true for small contests. Announce who won the contest on your website. Get a picture of them if you can. When you run your next contest, you can direct people to see previous winners.

Your goal is ultimately to sell tickets to your show. Giving away a few tickets is a relatively easy means of reaching that goal if you approach it right. All you need to do is keep your focus on creating a contest worth entering and worth talking about.

Next Story: The Best (and Worst) Way To Get Photos and Videos During Rehearsal
Previous Story: The Single Most Important Piece of Information You Need About Your Audience