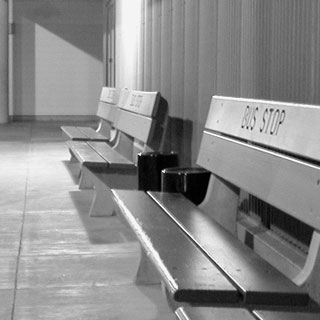 I don’t dedicate much attention on this blog to buying ads for your stage production. That’s not by accident, but the reason isn’t because advertising is never a good use of your marketing budget. Buying ads can be particularly effective when you have the ability to try some ads, learns what works and what doesn’t, make some tweaks, and buy more ads. For the vast majority of theatres there isn’t enough time or money to gather data this way, and that makes it very difficult to be effective with ads. To make the task even tougher: many of the lessons you learn about how the ads for one show perform won’t translate to the next show.

You basically need to guess right the first time what channel, message, imagery, and offer you need to have in the ad to reach your audience. Everytime. That’s extremely difficult to do.

Last week I got an email from a reader who was asking about promoting a weekly show that targets a tourist audience. As I rolled his email over in my mind, I realized this was a situation where advertising could be more useful. The longer run of the same show makes it possible to gather data about where and how to advertise most effectively. Combine that with the continually renewing audience (reducing the risk of fatigue that happens when the same group of people see the same ads over and over again) and this type of production could find that the right advertising more than pays for itself. So with that in mind I decided to write a post that address some of the most promising places to advertise your stage production (and the unique challenges with each).

1.) Programs of other shows

This is probably one of the lowest hanging fruit because it’s not terribly expensive. In fact you might simply arrange a trade with another complementary venue where you provide ad space in each other’s programs and no money changes hands. Your message will be seen by an audience that has proven they are interested in attending live theatre.

One of the biggest challenges here is that you might have some political hurdles from both the other theatre and within your organization. If the person in your equivalent position from the partner production is willing to champion the idea to their theatre, that can be extremely helpful.

The sheer cost of billboard advertising is a deal breaker for most theatres. You can get seen by a lot of people, but many of them are not the audience you want to target. For most billboards you need to commit to a lengthy engagement of weeks if not months to keep your promotion up. If there are digital billboards in your area, you can contract for shorter time frames, but those digital billboards are typically only installed in areas that are in high demand, making the cost for even a single day very high.

That being said, with the right message you can draw a big crowd. It’s just very expensive if your ad doesn’t resonate.

If you can get your production featured on a radio show where a DJ is talking to someone from your organization about the production, I highly recommend that. When I use the term advertising, though, I’m thinking of the 30-second commercials that are pre-recorded and cause some listeners to reflexively change the station. (At least that’s what I do when I listen to the radio.)

I make the same qualifying statement here as I did for radio. If you can get a feature story where a reporter is writing about your production, that is marketing gold. Buying a quarter-page ad may or may not give you much bang for your buck. And just so it doesn’t seem like I’m trying to pad the list, I’ll go ahead and mention now that the same holds true for local television and any other present or future news source. Feature story is always good. Buying an ad is a big question mark. At the very least you’ll learn something about what your audience responds to, but that lesson will cost you a little money.

Unlike traditional press, most blogs are a one-person operation. When you want to buy advertising on a blog, you are usually talking directly to the decision maker, the advertising manager, and the person who will be uploading your ad – because they’re all the same person.

This type of advertising is relatively inexpensive, and assuming you’ve found a blog that relates to the subject matter of your show the audience will be highly interested in your offering. That’s the good news. The bad news is you’ll spend a lot more time on each of these relationships. That time is spent both seeking out relevant interested blogs, and walking those bloggers through the advertising process when they do not have a formal structure in place to handle advertising. (You need to be prepared to hand them a fully designed ad, a suggested pricing agreement, and an explanation of how they can track the behavior of their visitors. Make it as painless for them as possible.)

Since buses and trains have a captive audience, they often put up signage around the stations and even on the inside of the cars. I’ll be completely candid, I have never priced any of these ad spaces since I have never promoted a show where I felt like the public at large was the demographic I was trying to reach. I bring them up simply as something that might be worth considering. You’ll have no way of knowing (short of asking ticket buyers) how many patrons you got from these signs, but that’s true of almost any advertising.

Google AdWords and similiar services allow you to buy online advertising where your link will show up at the top of search results for particular words. You can also have your links appear in advertising spaces on websites that do advertising with Google. The price varies dramatically by what keyword you are attempting to target. One of the advantages to AdWords is that you only pay for each time someone clicks on your link (not just every time it is shown to someone). Even so the dollars can add up quickly, and if the page you take someone to doesn’t grab their attention immediately they’ll just hit the back button on their browser and keep looking elsewhere.

The newest option in this mix of channels is Facebook ads. With this option your ad will appear in the right column of Facebook as people are browsing or for a little extra you can appear as a sponsored post in their news feed. In theory you’re only showing the ad to the right people because you can target your ad based on demographics like age, gender, and geography as well as the interests they have shared on Facebook.

When I’ve experimented with Facebook ads I’ve seen a few people clicking the link, and even fewer of those people engaging with the page I link to. To date I have not sold a ticket through this method, but I think for certain shows there may be very strong possibilities with this type of highly targeted ad.

Next Story: Don’t Put Up Trash Just To Fill a Spot On the Calendar
Previous Story: How To Paper the House the Right Way (I Think)