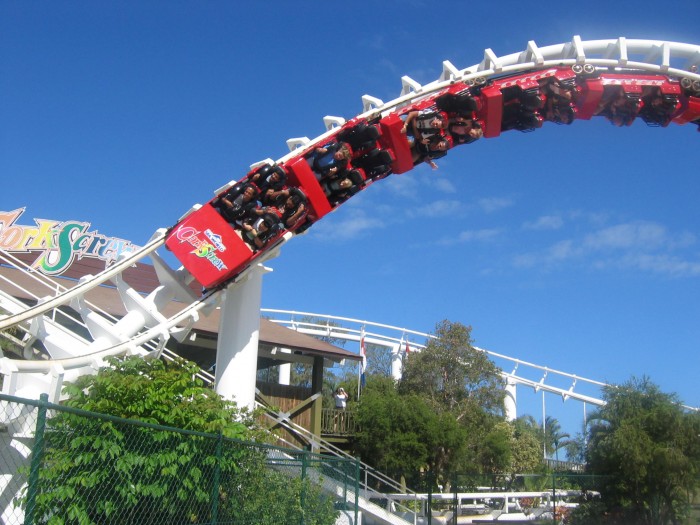 We live in a wonderful world where there is high caliber entertainment for almost any taste. There are absolutely amazing books, movies, television shows, video games, comic books, board games, amusement parks, and shopping malls available to everyone. There are a lot of ways I could choose to spend my time that I know for a fact I would enjoy. If you’re asking me to take a chance on a live performance that I may or may not like, my question is why? The answer, of course, is to remove the “may or may not like” from the equation.

Most people are not students of theatre. They only want to buy a ticket if they know they will love the show.

The director was making a point about how one bad production could turn people off of your entire theatre community, but for the rest of the day my mind kept going back to how people view tickets to an NFL game. I think part of why so many people continue to buy tickets to see their favorite sports teams is because they know what to expect. They’re rooting for their team to win, but even supporting their team in a loss is a satisfying entertainment experience. The worst-cast scenario is still pretty good.

What’s the worst case scenario in theatre? I know I’ve had some painful nights of watching shows that did anything but elevate the art form. If you’re a student of theatre you’ll take that risk. There are enough good shows (plus the occasional amazing show) that you are willing to see the occasional dud.

Most people are not students of theatre. They only want to buy a ticket if they know they will love the show.

How do people decide they’ll love a show without seeing it?

Reviews – It’s not a perfect system, but reading the opinions of other people who have seen the show gives you some context. Obviously this is why it’s so important to invite critics to your production – the earlier in the run the better. You can’t control what they write about the show, but just focus on getting them in the seat.

Familiar Show – Some shows are so recognizable that you’ll get a decent crowd just on the name alone. Shows like Joseph and the Amazing Technicolor Dreamcoat and Lend Me a Tenor always seem to be a little easier to sell out. If you are promoting a recognizable show like this, concentrate on casting a wide net with your promotions.

Reputation of the Venue – Season subscribers certainly make their decisions this way, but many people who only see one or two shows a year keep coming back to the same theatre even though they buy their tickets individually. I would advise against relying too heavily on the reputation of the venue to sell tickets. There are so many factors out of your control, that you should make sure you are marketing the show yourself. You can even use the venue in your marketing, but treat any tickets that the venue manages to sell for you as a welcome bonus.

Reputation of the People – The personal brands of the people creating the show can bring in an audience. Actors and directors are the groups most likely to have a group of fans who follow their work. In a perfect world they will have focused on organizing and nurturing their personal audience over the years, but even without any kind of concentrated effort very talented individuals will organically attract a loyal fan base that wants to see their work.

Previews – Previews are unique in this list. All of the above items are things you can try to leverage to promote your show, but you don’t have a lot of control over them. With a preview you have the opportunity to do something that really helps people understand what to expect from your show. Treat your previews as forms of entertainment in and of themselves. Create something that evokes an emotional response.

A preview can take on a lot of forms. Remember the point is to convince someone that seeing this production is a great use of their time and money. Here are a few to get your creativity flowing:

Next Story: No budget is no excuse when you’re promoting theatre
Previous Story: The Difference Between Marketing and Promotions