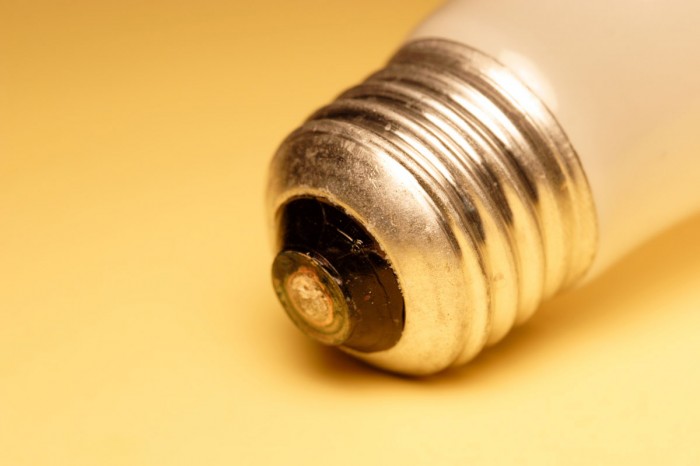 After meeting with the executive team of this production of Edward Albee’s At Home At the Zoo, I retreated back to my office and replayed the conversation in my mind a few times. When I had let the ideas marinate for a week or so, it was time to start brainstorming how to turn the unique strengths of this show into a compelling marketing campaign that will help this production find its audience.

The strengths of this production haven’t changed from what we uncovered in the last meeting. In no particular order:

These are the ideas that need to be communicated in the marketing for this show. While you might be tempted to list 10 strengths of your production, it’s important to narrow the field. When someone lays their head on the pillow at night and recalls the poster they saw for your show or the interview they read online, you want them to be able to remember why your show is going to be great.

If you gave them a laundry list of great things about your show, most people won’t remember any. If you just pick 1-2 strengths and really hammer those home, though a larger percentage of people will be able to recall them.

What follows are the possible marketing tactics I shared with the executive team. It’s unlikely that all of these ideas will be implemented, and other ideas might get added to the mix. Part of the reason I’m sharing all of them is so that I can discuss during the course of this project why certain tactics are abandoned. Hopefully that will give you insight as you are deciding which tactics to nix in your own productions.

I also want to mention that I like brainstorming promotional tactics for a show before selecting channels (blog, Facebook, direct mail, press releases, etc.). Just get down good ideas first. Once you have a list of possibilities, you can start looking at channels as you select which tactics you want to focus on. Practical concerns such as budget, time frame, and manpower come into play when you introduce channels, and you’ll get more creative, out-of-the-box thinking during brainstorming if you introduce those pieces later.

Cast features – One of my “go-to” tactics that (so far) has been appropriate to every production I’ve promoted is a set of cast interviews. These are very different than the cast bios that get included in the program. The idea is to humanize the actors and illustrate how they are bringing something fun/dark/sexy/whatever to the production. One of the first posts I wrote on this blog many years ago is about creating these types of actor bios.

These pages are not difficult to create. Here’s an example. For this production, questions will likely include things like “What’s your favorite line of dialogue from the play,” “What’s challenging about playing this character,” and “How is this show different from others you’ve appeared in?”

I want to go even further with highlighting these actors. Since I understand we have a skilled videographer available for this project, I want to also create short 2-3 minute videos on each of the actors. I’m picturing clips of the rest of the cast and executive team talking about the actor and what they bring to this performance.

History of the script – Edward Albee wrote a one-act piece called The Zoo Story in 1958. Almost 50 years later he wrote another act called Homelife that occurs immediately before the events in The Zoo Story. Albee feels so strongly about this additional act that he no longer allows professional theatres to perform The Zoo Story without it. The resulting two-act play is Edward Albee’s At Home At the Zoo. There’s room here to create curiosity about why Albee has made the decisions he has with the script.

Tease the bench – Much of the second act is staged around a simple park bench. I think there’s powerful imagery in using the bench (probably on a stark background like an empty stage) as a promotional photo (series?).

Families of mental illness sufferers – This idea has a few challenges, but I wanted to share it with the executive team to see what kind of thoughts it spawned. The first step would be to make sure that we had a fairly accurate diagnosis of Jerry’s condition. That involves getting a character synopsis into the hands of one (or more) skilled professionals who could tell us if he displayed characteristics of a (for example) paranoid schizophrenic. With that information we could reach out to the leaders of support groups for that condition.

The intent would not be to invite people coping with that mental illness (as the show might have triggers for them), but to reach out to their families with the idea that this show humanizes the condition. The possible negative here is the character Jerry does not have a happy ending in the show. That could be very emotional for people who are close to someone with that condition.

Ticket trivia – A straightforward way to generate some social media activity is to give away tickets. If you just give away tickets, you aren’t doing much to promote the show. Instead you can require that people engage with you in order to enter to win. Ask a question about their opinions or personal experiences with something that is thematically related to your show. (Credit to local Indianapolis group QArtistry who does this particularly well. Example here.)

I’m not sure what the appropriate questions would be for this show yet.

Story of the author – While familiar to many fans of theatre, Edward Albee is not a household name. We can give that a little punch, though, by sharing that he has won multiple Pulitzer Prizes and Tony Awards for his writing. This becomes an even more powerful lever when combined with discussing the history of the script. Here’s a guy with substantial writing chops, and he had such strong ideas and convictions about this story that he added a whole new act.

Illustrated pull quotes – I understand there’s going to be some strong promotional photos for this production. With that in mind, I want to make those photos (or at least versions of those photos) even more compelling on social media by putting quotes from the script over those photos. Example. It may even be appropriate to do quotes over photos of the bench.

Alternate pull quotes – Thinking a little outside the box, I started wondering if there are characters in pop culture that are related thematically to this story. Instead of promotional photos for this show, what if we pulled frames from popular movies and included quotes from them. The challenge is finding movies that are a very strong fit for this subject matter (which is not easy). Maybe Fight Club? This idea depends a lot on the specific vision of the director, which is why it’s so important to have your director involved at this point in the process.

Catering – A random thought I had while brainstorming was about food. In the script one of the characters talks about giving a dog hamburger meat. If we do any catering (perhaps for an opening night event) do we serve hamburger?

Live tweeting – I don’t think I would personally enjoy watching a performance where everyone was on their phones, but there’s no denying that it can generate a lot of social media traffic about your show. I’ve seen at least one production have what appeared be very good success by inviting their Twitter followers to attend their preview the night before opening with the understanding that they can and should tweet about the show as it happens.

Director’s notes – During the conversation I had with the executive team, I began to see that Scot has been spending a lot of time thinking about this story. It’s clear his direction is going to leave his fingerprints on this production in a very positive way. I’m hoping that he intends to write a director’s notes section for the program – not just for the benefit of people who are already sitting in the audience, but also because I think I can pull excerpts from that for marketing material.

In order for me to believe that a production is going to make me think, I need to believe that the director is 1.) intelligent and 2.) is spending a lot of time thinking about this material. Scot’s words during our last conversation convinced me of both.

Message from director – An idea to take this one step further is to have Scot record a brief (1-2 minute) message about the show and why he cares about telling this story. Anywhere we include the excerpt of the director’s notes described above we include a link (if video) or phone number (if audio) to the recorded message.

So I seeded the conversation with the rest of the team by sharing these ideas. After they’ve had a chance to digest these, we’ll start digging into the logistics of each. What kind of investment of resources would it take to do each piece? What kind of ticket sales do we think it might generate? Which ones do they think are cool? (I’m serious about that last one, by the way. It really is important.)

Of course your marketing campaign is more than the sum of its parts. It isn’t just a matter of evaluating each tactic in a vacuum. The challenge is figuring out how all of the tactics we choose will work together to create an impression of this production in the mind of the general public.