Do I Really Need To Use Facebook To Promote My Show? 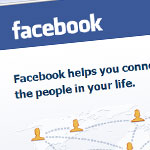 All the kids are doing it. Facebook is popular and easy to use. The real advantage to getting involved with Facebook is the remarkable ease with which you can tap into the networks of everyone else involved in the show. In small theatres, the friends and family of  your cast and crew are going to make up a significant block of your ticket sales. So how do you make sure those people know about the show?

You are counting on your performers to shout from the rooftops that they are going to be in this show. You may have a few people that are quite comfortable with this idea and do it naturally, but you also have some folks that just don’t operate that way. The family is gathering for a holiday or their friends are all together for someone’s birthday, and they don’t want to make the night all about them. So they don’t say anything.

So how do all of their contacts find out about the show? Well, in a lot of cases they just don’t. And realistically there isn’t much you can do to change that.

If you introduce Facebook into the mix, things get a little easier. You can do status updates on Facebook and “tag” your performers. I’ve talked about that in a previous post, but the bottom line is by tagging someone your status update will appear to all of that person’s friends.

Some of those people are going to want to click through to learn more about this show their friend is doing.

So let’s say you take a great photo or video and upload it to Facebook. You tag the people in the photo and it can be viewed by all of those people’s friends. Now they are seeing a striking image of someone they know well up on stage. Some of those people are going to want to click through to learn more about this show their friend is doing. They dig deeper and wind up on the website you created for the show and buy a ticket.

The Facebook effect isn’t just passive either. When you have a great shot of your cast, they will likely leave comments on Facebook about that picture. The first effect of this is it lets a visitor see more about the people in the show. They get to know them a little better, which increases their odds of coming to the show and warms them up once they are in the seats.

The second effect is that Facebook assumes photos and status updates that are commented on are more important and interesting. As a result it will display those items higher on the page when someone is checking their news feed on Facebook.

Obviously you might have some people in the show who just don’t use Facebook, but you might be surprised. A lot of people across all kinds of demographic groups are active on Facebook. At the time I’m writing this Facebook has over 500 million active users. What’s even more impressive is that about half of those users log on to Facebook on an average day. (source)

The other thought I will leave you with is that Facebook grabs people when they are in the right frame of mind. Someone logs onto Facebook because they are bored at that particular moment and want to be entertained. That’s the right time to present them with a new entertainment opportunity.

Next Story: Don’t Try To Market Your Stage Production… Entertain
Previous Story: Does Using the Theatre’s Website For Promotion Threaten My Show?