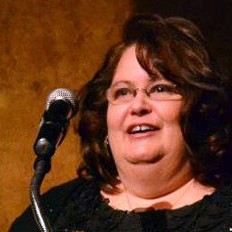 A Nice Family Gathering is a show I did back in early 2011, and it was momentous for a few reasons. It was the first time I acted on stage in Indianapolis, the first time I had a leading role in a non-musical production, and the first exposure I had to Lori Raffel. She was the producer for this show (as well as the creative director of the theatre). I got to know Lori even better last year when I appeared in a show that she directed.

Her well-rounded theatre skill set doesn’t end there, though. I touch briefly in the episode on all the various hats she wears in the Indianapolis theatre community, but one of the most relevant roles to Sold Out Run readers and listeners is her “day” job as the Marketing and Media Relations Director at the Phoenix Theatre.

As I mentioned in the episode, I’m going to be giving away free copies of my marketing kit, Reaching a New Audience, to listeners who submit an audio question that I use on the podcast. Have a microphone on your computer or an iPhone? That’s all it takes…

Listener Challenge: Ask your theatre marketing question, and it might appear in a future episode of the podcast. Just ask me about whatever promotional obstacles you’ve got right now. It could be not knowing where to focus your attention, problems with social media, a lack of support, or whatever is keeping you up at night. Ask away.

Next Story: Audience Development For Individual Productions
Previous Story: How To Get Press Coverage For Your Show