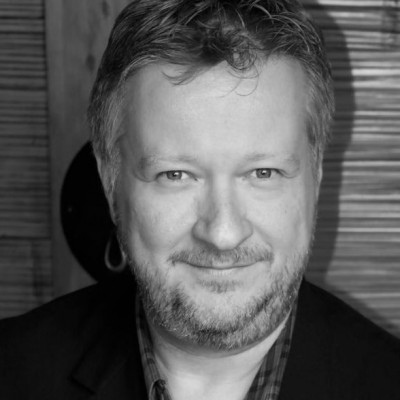 I’ve been anticipating this episode because I’ve been promising that it’s coming to readers and listeners who are looking for help promoting a show that deals with unpleasant subject matter. Shows that aren’t necessarily easy to watch can be a tough sell, but sometimes that’s the art we most need to create and the art that most needs to be seen. If that’s the position you find yourself in, how do you promote that show? This is the challenge that Doug took on when he directed a very weighty production of William Mastrosimone’s Extremities.

(Full disclosure: I was an actor in this production so I am undoubtedly biased on both the quality of the production and the people involved.)

One of the topics that Doug touches on in this interview is the ManKind Project. This is an organization that seeks to cultivate and support a healthy view of masculinity. There were several organizations that provided financial support for this production, but the ManKind Project went above and beyond. They ran a discussion each of the three weekends of the run after one of the shows. The discussions didn’t really have any structure beyond inviting people to talk about their emotional reactions to the play, but it extended the discussion of the topics brought up in the play past the final bow.

I bring it up because in this sense I feel like this production went a step beyond just creating art. There was an element of this production that involved trying to make positive changes in the community. Any good art (and a lot of bad art) can have a positive impact, but this production focused on amplifying and accelerating that change. If you can’t tell, I’m very proud to have been a part of it.

Discussion Question: The focus of this episode was talking about a production that can be challenging to market because the subject matter involves some uncomfortable aspects of our society that most people would rather not think about. That leads me to wonder what is the most difficult show to market? Think back on the shows you’ve seen or been involved with that were violent, confusing, repetitive, technical, loud, or seemed like they would be boring (even if they were amazing). What’s the toughest show you’ve seen anyone try to promote? Your responses here.

Have a marketing question (or comment) that you’d like to hear featured on a future episode of the podcast? You can leave me a voicemail. This feature doesn’t get utilized a lot (at least as of the time I’m posting this) so any message you leave is sure to get my attention.

An important part of being discovered by new listeners on iTunes – far and away the most pervasive podcast directory – is to get reviews from your listeners. If you think this podcast is valuable, I would very much appreciate you taking just a minute or two to leave a review. As you could tell from the review I shared in this episode it’s incredibly easy:

Next Story: 8 Places To Advertise Your Stage Production… and Why I Almost Never Talk About Them
Previous Story: How To Paper the House the Right Way (I Think)