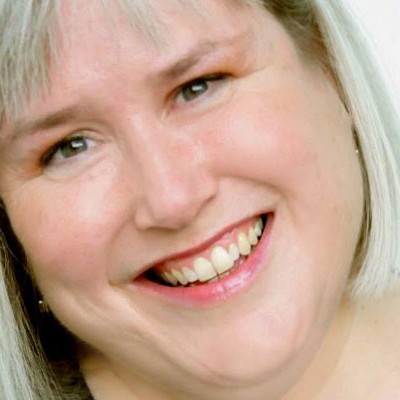 I’m very pleased to welcome Hope Baugh to the podcast. It’s not just because she’s delightful to talk to. (She is.) Hope provides a perspective that we as promoters of live theatre desperately need to understand. What makes someone decide to write a review of live theatre? Since it’s impossible to see every show, how does this person decide which shows to attend? Perhaps most importantly, how should you invite them to your production?

Hope is a devout fan of live theatre. Her blog, Indy Theatre Habit, includes reviews of local productions that go beyond a summary of the plot and a cast list. She talks about how the production affected her. She’s inviting a conversation as much as writing a review, and perhaps that’s part of the reason she’s so well thought of as a theatre blogger in Indianapolis. Or maybe it’s how her Twitter stream blows up during intermission of whatever production she’s attending on any given Friday or Saturday night. Or maybe it’s just because she’s such a sweetheart. Listen to this episode and decide for yourself.

I have been using two different types of formats for the podcast up to this point. In some episodes I bring on a guest, like I did with Hope in this episode, to share their experience and perspective. In other episodes it’s just me sharing my thoughts on a topic. Do you like one format better than the other? What would you like to see more of? (If you’d like to suggest another format, too, please do so in the comments.)
[poll id=”4″]

Have a marketing question (or comment) that you’d like to hear featured on a future episode of the podcast? You can leave me a voicemail.

An important part of being discovered by new listeners on iTunes – far and away the most pervasive podcast directory – is to get reviews from your listeners. If you think this podcast is valuable, I would very much appreciate you taking just a minute or two to leave a review. It’s incredibly easy: