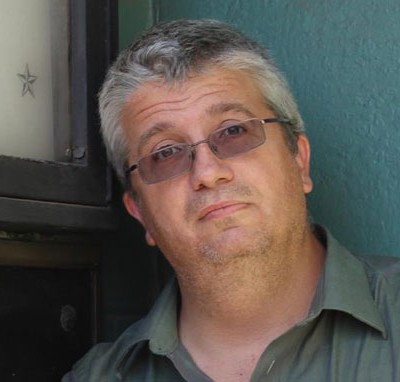 It is a delight to have Lou Harry in this episode of the podcast. He made me laugh out loud repeatedly while we were recording, but beyond just being entertaining he also has some unique insight on theatre and the arts in general. He wears the hats of both a playwright and an arts critic.

And while I don’t know if he would use these words to describe himself, after talking to him in this episode I see him as an activist for the arts. He endeavors to (and succeeds at) creating and consuming valuable art. He works from multiple angles to raise the level of art being produced.

I can’t wait to get him back on the podcast again down the road.

Lou’s discussion on the role of criticism really made an impression on me in this episode. Prior to our conversation I had the naive idea in my head that criticism existed almost exclusively to provide a recommendation (or not) as to whether someone should buy a ticket to see that show. That might be how some critics approach it, but Lou is looking at a bigger picture.

Have a marketing question (or comment) that you’d like to hear featured on a future episode of the podcast? You can leave me a voicemail.

An important part of being discovered by new listeners on iTunes – far and away the most pervasive podcast directory – is to get reviews from your listeners. If you think this podcast is valuable, I would very much appreciate you taking just a minute or two to leave a review. It’s incredibly easy:

Next Story: The Open Book Project: Putting Together a Marketing Calendar
Previous Story: How Do You Know Which Marketing Tactics To Drop?