How Early Do I Need To Start Promoting My Show?

If you’re reading this, I’m guessing you are already bought in to the idea that creating a successful theatre production is a lot more than just putting something amazing up on stage. There’s the business side of show business, and a lot of the marketing work is going to fall on your shoulders. Fair enough.

Or at least whether it’s fair or not, you accept that challenge because that’s what it takes to bring your vision to the stage. So when do you need to rev up the marketing machine? Let’s look at a few of the milestones leading up to your show.

This is a no-brainer. Obviously you are going to need to get the word out about your show or your actors will be staring out at a sea of empty chairs. You’ll certainly be doing a big marketing push in the weeks leading up to your show, but you’re actually going to be getting things rolling well before then.

You’ve got to have talent on the stage. If you lack a group of people with the chops to pull off your show, there’s no point in even trying to fill the seats.

In order to make sure you have enough talented actors of the right gender, age, body type, and talent to cast your show, you are going to need to get the word out. With that in mind, you’ll be marketing this show well in advance of your first rehearsal.

You may be thinking that promoting your auditions isn’t quite the same as promoting your show. True, you are going to be targeting trade journals, bulletin boards, and every other place you can think of where an actor might look for an audition notice, but other people see those notices, too.

Theatre enthusiasts who never set foot on stage are still interested in knowing what shows are going to be playing soon in their area. These future audience members do see what you are putting out there about auditions, and they do talk (sometimes to anyone who will listen) about the shows they are excited to see.

You are absolutely marketing at this point… but it starts even earlier than this.

Before securing the venue

While it is true that theatres need to find shows to put on their stage, that doesn’t mean it’s a cake walk to secure a venue. Every stage is concerned with earning revenue, so you need to sell them on the idea that putting your show into their lineup is going to be profitable.

There’s a lot of approaches you can take to get them excited about your show:

You want to have positive buzz surrounding your show from very early on.

If you are doing Titanic the musical, share with the venue how you’ve already gotten a commitment from the editor of the local paper to do a feature on the 100 year anniversary of the sinking to coincide with the opening. Last week the tour of Rock of Ages came through Indianapolis, and the cast showed up at the local Hard Rock during lunch hour to sing and promote the show. (It’s simple but unconventional steps like these that will allow you to sell out your run.)

While you can’t sit back and hope that they do everything, the venue is going to do a lot to promote the show. You definitely want them to be excited about your show, and the sooner the better. You want to have positive buzz surrounding your show from very early on.

Of course to create the most powerful buzz, you’ll need to start even earlier than this.

Before you select the show

There’s no reason you shouldn’t be talking about your intentions even before you’ve nailed down your show. It doesn’t matter if you are in the process of writing an original show or mulling over which old standard you want to dust off. You should be getting people excited to know what you are doing.

That means you need to do some market research, one of the least glamorous but most important aspects of theatre marketing. As you evaluate the feasibility of a show idea, here are some questions to ask: 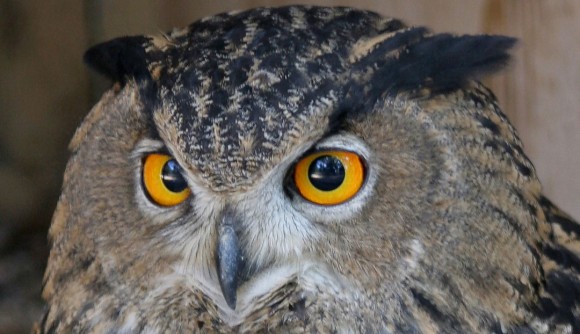 This is actually good advice for any field, not just theatre. As early in the process as you can, go to the smartest folks you can find and talk to them about what you’re doing. Buy them lunch if you have to.

This has two effects. First you may pick up some very good nuggets of wisdom. If you are asking the right people, they will likely see potential obstacles you haven’t thought of yet and have some insight into how to get around them.

Second you are getting them on your side. If they’ve given you some advice (that you listen to) suddenly they’ve had a small part in your success. The bigger your victory with this show is, the better they can feel about their role.

Now you can still come to someone with advice if you’ve already selected your show, but the sooner in the process you reach out to them, the better. There isn’t much they can tell you during tech week, plus word-of-mouth marketing does take time. If they have several months to talk about your show to people in their network, it’s going to have a more profound effect on your box office.

So that’s it, right? That’s as early as you can possibly start marketing.

Even before all that

Before the idea of doing a show pops into your head, you’ve already started marketing it. Actions that you’ve already taken have made people excited (or reluctant) to see your show.

The earliest of all marketing tools is your reputation. People already have some idea of what to expect from any show you do based on what they know about you.

So today you are already marketing that show you haven’t even thought of yet. No pressure. 🙂

Next Story: Why Giving Away a Ticket Is Better Than an Empty Seat
Previous Story: What 6 Project Management Principles Taught Me About Theatre Marketing