How To Get Press Coverage For Your Show 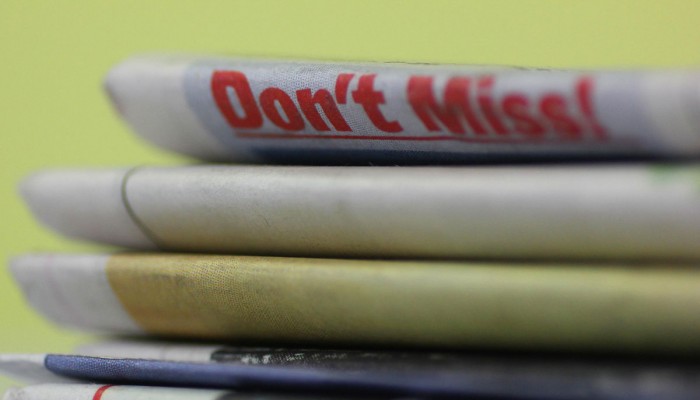 The fact that you are putting on a show at all is not newsworthy. Theatre companies are constantly staging productions. Is it any surprise then that sending a press release to local media outlets with a plot synopsis and showtimes is not how to get press coverage?

Yet newspapers, morning radio shows, and the local TV news are churning out content every day. They need to get their story ideas from somewhere, and your show can be in the mix if you approach it with a little forethought. It’s called “news” for a reason. What is new about your show?

I’m currently on stage in a production of Extremities. This might be a surprise to readers of the blog, but I haven’t been involved in the marketing of the show at all because the director, Doug Powers, has attacked promoting it like a mad scientist on a coffee binge. (He’s agreed to appear in the podcast in a few weeks once the show closes, so you’ll hear from him about how he’s promoting the show and blurring the line between community theatre and community outreach.)

One of the few things I did end up doing was give a short phone interview to a reporter that Doug had lined up from the local alternative newspaper. We got that story because of a press release, but it wasn’t some vanilla announcement about the show. It took an angle on why the show matters to individuals and organizations in the community. I’ll be asking Doug about that specifically in the upcoming podcast episode, but it did get me thinking about what it takes to get press coverage in more general terms.

Hopefully you’ve given some thought to the unique selling proposition of your show. To come up with that you were thinking about why someone would care about sitting in the audience. You’ll be doing something similar here, but now instead of thinking of the ticket buyer who wants to be engaged and entertained, you’re thinking of the journalist or critic who wants to produce their own piece that is engaging and entertaining.

It’s a subtle – but critical – difference. I’m going to talk about two different types of coverage here: the feature and the review. The feature is a story about the production and can be written before the show opens. It will often include interviews with the cast or production team. The review is a critical analysis of the material and the execution; the reviewer sits in the audience and makes their assessment of the show based on that experience.

Start by thinking about the audience of any media source you’re reaching out to. If it’s a business journal, you’ll want to think about how this production affects the businesses in the community – why did certain businesses sponsor the production, what restaurants might see extra business on the night of shows, etc.

If you are reaching out to the largest paper or the local news station, they need stories that either effect a large number of people or have a human interest angle that will appeal to a large number of people. If you are partnering with or have support from any local non-profits, that’s an angle you can use. If the show deals with a cultural or political issue that is hot right now, that can also be a good angle.

It’s important to note it doesn’t matter if your actual 2 hour performance is interesting. I’ll say that another way so it can really sink in: for the purposes of landing a feature story, it is not important that your production be good. Oh, there are many reasons that your production needs to be good, but getting a feature isn’t one of them. The journalist  is only concerned with making sure their story is good. I bring this up so you don’t waste time trying to convince them of the quality of your production. Instead give them a solid hook to talk about the show, and you’ve taken them half the way to a good story of their own.

for the purposes of landing a feature story, it is not important that your production be good

…and that’s the tricky part. You must give them that hook. From everything I can tell the days are gone when a reporter had time to research tough stories for a few weeks and come up with unexpected perspectives on every piece they write. They can do a few of those, but most days they are racing to get their stories in under the deadline. A lot of the time that means out of necessity they are forced to go after the low hanging fruit. So you need to be one of those low hanging fruits, and the way to do that is to write a press release that spells out an interesting angle on writing about your show.

A professional journalist likely has a lot more training in this sort of thing, so once they start working on your story they may take it in a different direction if they see a more interesting viewpoint. I say that’s great as long as you are getting press. The important thing is to send a press release with a hook that makes them stop for a few minutes and think about your show. Their honed journalistic instincts can take over from there.

Bonus tip for print: If you have a set, props, costumes, actors, or anything else that would make for a good photo, mention that in the release. Stories with strong photos get better placement in newspapers and magazines, which is something every writer wants for their pieces.

I can’t mention the art of theatre critique and not include this extremely satisfying video of Alfred Molina as a children’s theatre critic. Watching this might be the best 4 minutes you spend all day.

Now if you’d asked me a year ago which was tougher to get: a feature or a review, I would have said a feature hands down. Now I’m not so sure. It seems like most critics end up choosing the productions they are going to review based on the venue – or in rare cases the director or lead of the show. That’s great if you are putting on a show in one of their preferred theatres, but for everyone else it’s tough to get their attention. A critic with a good reputation and sizable readership is going to be getting requests from everyone to come see their production. That’s a lot of noise to try to cut through.

I’m not trying to discourage you, though. Critics need to see shows so that they can review them. If there is a compelling reason why they should see your show, then you should try to bring that to their attention.

I do not recommend sending a cold press release to a critic. It’s at best annoying, and at worst insulting. To reach out to a critic you are going to need to have a relationship. If someone involved in the show has a strong relationship with a critic, that’s fantastic. It could also be a friend of someone in the production, and in some cases that may be even more powerful. Of course someone involved with the production thinks it’s worth reviewing, but when a third-party is bending the critic’s ear about a show that carries a little extra weight.

Relationships are still just a foot in the door, though. You need to have a compelling reason why any critic should review your production. What’s unique about it? In this case you can think about some of the unique things your show brings to an audience because a reviewer is going to be in the house and more importantly that’s who he or she is writing for. People read a review because they want to know what they will get out of sitting for two hours and watching your show. The critic will only come see your production if you convince them that by the time the curtain comes down, they’ll have an interesting answer to that question.

Next Story: Audience Development For Individual Productions
Previous Story: 11 Tips On How To Promote Opening Night