How To Make Money From Your Show Beyond Ticket Sales: Sell To a Captive Audience 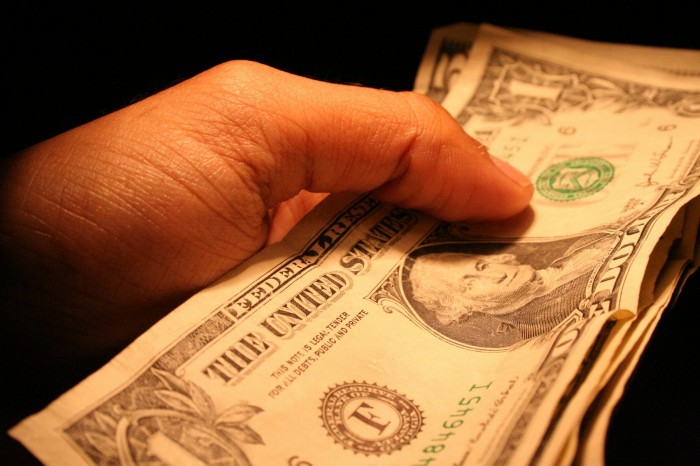 For the most part I like to focus here on strategies to get butts in the seats, and that is the critical first step. After all if we don’t have people in the audience, what are we doing this for? But once you have people coming to see your show, don’t kick your feet up!

They will never be more excited about the show than they are that very night. Strike while the iron is hot. Generate as much revenue for your show as you can. Along the way you may just find that what you did to generate profit helps generate more buzz for you.

The anticipation before the show

Ever been to a show where there was nothing to do in the lobby? I assure you it’s tragic. All the people who like to arrive to a show early are milling around and checking their watches. While they shuffle their feet back and forth, on some level they are associating this night with boredom. Yikes. That’s not exactly the mood you want your audience in when the house lights go down.

So what’s the alternative? Well you have a room full of people that are excited to see your show. The ones that arrived early did so because they didn’t want to risk traffic or any other kind of delay that might cause them to miss the first few minutes. They are hungry for your show.

So give them something already!

The ones that arrived early are hungry for your show.

Of course you can put photos of the cast up. Depending on the tone of the theatre and your particular show, you could display some candid shots from rehearsals. Those are great, but you can do better.

How about a deluxe program? Get something printed up with rich full-color photos. Have a few articles in their about how the show came to be. You know, like the fancy shows have.

Okay, so this one requires a little cash up front to pull off. If you have the means, though, it not only has the potential to bring more cash in the door, it can also get your audience even more charged up about the show and put a promotional piece in their hands when they tell their friends about the show.

Don’t have the funds for a highfalutin, glossy program? That’s okay. Read on.

During intermission most people have a few very basic concerns. These concerns are also usually in the same order of importance:

Most of the money spent during intermission is going to be on food or drink, so it may be tempting to treat this as a dead time for the other lobby sales. Don’t fall into the trap.

As people are rushing past the t-shirts you have for sale (…right, you’ll have t-shirts, more on that below…) they are doing something called speed window shopping. Their taking in the image of the attractive merchandise you have available. It’s saved in the back of their brains. They rush back to their seats, but they actually have several more minutes before the show starts. So they turn to the person next to them and say, “You know those t-shirts are actually pretty cool. Maybe I’ll get the black one after the show.”

If your show was good, now is when you expect to get those cash registers ringing. People are in a great mood from seeing a great show. If your production has the cast coming out to the lobby after the show, then people will be hanging around for a chance to talk to them. Make sure you have things for them to buy.

By the way, having an autograph line where the cast will sign show merchandise will increase your sales. Depending on how it’s handled, the process can feel tacky and overly commercial. In other cases it’s totally natural and you’re giving your fans a keepsake that they treasure. Use your judgment.

What are you actually selling?

DVDs
If you can get a good videographer, it’s an excellent idea to sell a DVD of the show. Now you need to have the rights to the show in order to do this. If you are performing Death of a Salesman, you don’t have the necessary rights. If you are doing an original show, this can be a great money maker. If recording an actual performance would be too obtrusive in your space, record one of the dress rehearsals.

Unless caffeine plays a crucial role in your plot, very few people are going to buy a coffee mug from a theatre lobby.

Don’t let the cost scare you. If you can’t afford a big upfront fee, search for a videographer that is willing to take a cut of each DVD sold. It may seem like you’re giving up a lot of money, but you weren’t getting any of that money before you had a DVD.

CDs
If your show is a musical, selling CDs is a must. If you want to go into a studio and do the full recording experience, go nuts. You might get just as much mileage, though, out of doing a live recording in your theatre.

Deluxe programs
I mentioned deluxe programs above. In my opinion these need a professional hand. You need someone taking great photos, designing the print material, prepping the files for printing, coordinating with a printer, negotiating prices, checking the proofs… whew! If you take this step, work with a local design company.

T-shirts, posters, and everything else
This is a good time to mention CafePress. They aren’t the only service of their kind, but they are one of the most well known. If you upload the logo of your show (or any other image) to their website, they can print it on t-shirts, coffee mugs, stickers, and just about anything else you can imagine.

Not all products are right for this. Most shows have some people who are willing to buy a t-shirt. Unless caffeine plays a crucial role in your plot, though, very few people are going to buy a coffee mug from a theatre lobby.

If you are having the cast do a signing line, you better have posters printed and ready for people to buy. You still need to have a good design for the poster, but CafePress can be a good solution to get them printed if you don’t have a local printer.

If you don’t have any money to invest up front, there are some products you just aren’t going to be able to do. Someone is only going to buy a poster or a program if they can walk out with it in their hand right then.

Things get a lot more interesting with DVDs and CDs, though. People are perfectly happy to pay you good money for something you don’t even have made yet. The magic word is preorder.

How to handle preorders
This isn’t as hard as it sounds, and people don’t expect any kind of apologies for it. Your DVD needs to be edited and stamped. Unless your run is more than a couple of weeks, of course the DVD isn’t ready yet. No one would expect different. Just take their money and have them fill out a form with their name and address so you can ship them a finished DVD when it’s ready. CDs work the same way.

Obviously you have to deliver an actual DVD or CD in a timely fashion. Don’t go down this path if you don’t already have a videographer capturing footage of the show. Sending out a bunch of refunds is exhausting and discouraging.

An army of promoters

The best part of getting merchandise into the hands of your audience is you’ve given them something to show their friends. And if they liked the show enough to spend even more money beyond the ticket price, that’s a pretty strong endorsement their making. Some of their friends will now want to come see the show.

See? It all comes back to getting butts in the seats.

Next Story: The Secret To Hiring a Professional Videographer When You Have No Budget
Previous Story: 4 Elements of Bios That Get People Excited To See Your Show