11 Tips On How To Promote Opening Night 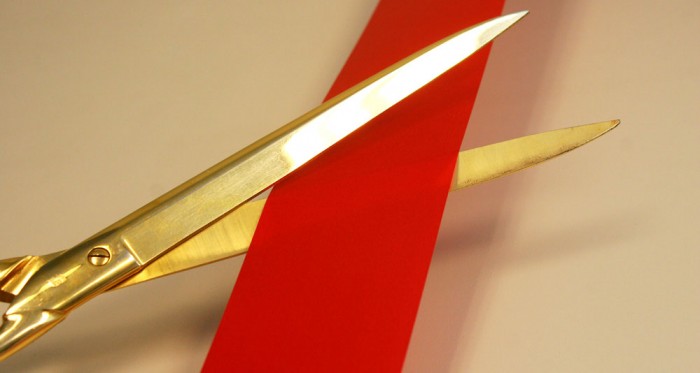 Most theatrical runs whether professional or amateur last at least a few weeks. You may have a small crowd the first few nights, but as those early patrons tell their friends how great the show was ticket sales increase and a few weeks later you have a packed house. But how do you draw a crowd for those first few critical performances? If you don’t promote opening night successfully, there’s no one to spread the word.

It’s dangerous to rely solely on word of mouth to find your audience. At the same time it would be silly to ignore how large a role it can play in your marketing. Before any positive reports of your show can start, though, you have to plant the right seeds. You need a room full of people (ideally standing room only), and you need to show those people that this production is worth talking about.

And to be clear putting on a pretty decent production is not worth talking about. Pretty good shows are happening all around us all the time. To get the positive buzz rolling for your show, opening night needs to be amazing. Does that mean you need the best script, acting, and tech that your city has ever seen? Actually, no. In fact stellar dialogue, brilliant performances, and technical wizardry get overlooked each week all over the world.

What people can’t ignore: a night that is an event.

Look people are terrified of making a bad choice when it comes to live theatre. They are scared to death that they when the lights go down they’ll realize too late that the acting, the venue, or the show itself will… well, suck. If you want to draw a crowd you need to reassure them:

(By the way, those two items pretty much sum up my view of arts marketing.)

What I’m leading up to is your opening night needs to be more than just another performance in your run. It needs to be something special – something a little bigger and a little better. I have some tips for that.

You probably wouldn’t implement all of these tips at the same time, but that’s not a bad thing. For each of the shows in your season, pick the few tactics here that make the most sense. If you treat every opening night for each show in your season the same, the novelty will wear off. Be sure to change things up enough that people are anxious to discover what’s in store for each opening night.

This might be one of the easiest tips to implement. After the show you bring your cast and/or crew out on stage to respond to questions from anyone in the audience who wants to hang around. This approach is particularly effective if you have some star power in your cast. When you have actors who do a good job of building and mobilizing their personal audience, a talkback can get a good response.

Have a high concept show that people may not understand without a little context? Or maybe you need to provide some history in order for people to understand the deepest layers of the story? In that case you can host a presentation before the show where the director, playwright, or other appropriate expert provides exclusive insights to help the opening night audience get an even fuller appreciation for what they are about to see.

It’s worth noting some people may be put off by the idea of a show that requires exposition ahead of time. If that’s true of your show, though, embrace it. Anyone scared off by this type of event probably wasn’t going to enjoy the show anyway, and publicizing this feature will attract a different group of people who will love it.

You can also have an opening act that isn’t directly tied to the story. Live music that fits the tone of your show is a nice touch that makes the evening feel like more of an event. Any of your patrons who are out on a date night will appreciate this subtle enhancement.

No need to get intellectual. Just create a social event for about 30 minutes before the house opens. Whatever level of concessions you have for an average show, for opening night turn things up a few notches. If you don’t normally serve alcohol, this would be a great time to make an exception. You’ll have to decide whether you want to consider the cost of catering as a marketing expense or a reason to make opening night tickets more expensive. A good option might be to keep the ticket prices the same, provide the food at no additional charge, and have a cash bar when all that free food eventually makes people thirsty.

You can immerse the audience into the world you’re creating before they even take their seats. Doing a production of Lion King? Have makeup artists in the lobby that will paint the kids’ faces like animals. Or do zombie makeup on grownups if that’s more appropriate for your show. Set up a photo booth (either automated or someone with a camera) where your patrons can pose for pictures trying on costume pieces from the show. All they need to do to get a copy is follow you on Facebook and you’ll tag them in the image when you upload it.

Playing “dress up” might be too irreverent for some shows. Instead let the audience get their hands dirty by showing props, furniture, or other items that the characters would be interacting with.

If you’re going to give away tickets in a public contest, opening night is a great time for that. I’ve posted before on the best practices for designing a contest to win free tickets. You can check those out, but the point I want to emphasize here is that choosing the tickets for opening night helps make the evening more of an event.

Another reason you might be giving away tickets is part of sponsorship packages. High-level sponsors probably have multiple tickets for each show. You can make subtle changes to your sponsorship agreements to skew attendance toward opening night events.

If you give tickets to your cast and crew, I recommend making them only good for opening night. Depending on the culture of the organization you might allow folks to request that they use their tickets on a different night, but I would still recommend defaulting to opening night.

You can do some good and build some buzz into your opening night by accepting donations. Popular items include canned food and toys. You’ll want to partner with an organization like a food bank or Toys for Tots that can handle the logistics of distributing what you’ve collected, but they’ll appreciate your help in just being an entry point.

This tactic works well because it allows you to capture the attention and support of people who may not otherwise attend any live theatre. And the classy thing to do is offer a discount or maybe even free admission depending on the donation. That’s optional, but it does help the word spread faster.

If you want to get theatre critics there you need to change the culture around these shows. They aren’t dress rehearsals. They are private invitation-only performances. That means you need a lot of people in the seats. I suggest inviting every newspaper reporter, radio personality, television anchor, theatre blogger, and social media arts gadfly in your town – and make sure that they all know who else was invited.

Ready for the kicker? Media passes are given for this performance only. If you want to see the show on a different night you’ll have to buy a ticket like everybody else. Crazy, right? But if you want people (including your actors) to believe that this is a legit performance, you have to put your money where your mouth is.

I mentioned in another post about getting press coverage that landing reviews and landing feature stories are very different and require different approaches. I already talked about ways to try to land reviews before opening night with a media preview, but getting a feature story is actually easier at this point than it would be after you’ve opened. (At that point it’s old news.)

Every news source has a community they are serving. It could be geographic or it could be built around a common interest, but they serve a group of people who care about a lot of the same things. If you want a feature story, you need to figure out how your production affects that community. Once you have an answer to that, you can craft a press release that emphasizes that impact.

This means if you are sending releases out to 10 different news outlets, you might need to modify parts of your press release 10 different times so you are always sending a release that highlights what your production means to each of those audiences. Yes, it’s a little more work. Yes, you have to do it.

I’m currently helping with the promotion of a production of Monty Python’s Spamalot that’s going to open in a few months. One of the ideas that came up (and I have to give credit to Zach Rosing for this one) was to try and get audience members coming to the show in period-specific garb. So the show is ostensibly about the quest for the holy grail, and the characters are dressed like King Arthur’s knights.

When big franchise movies like Harry Potter and Star Wars are released, there’s always people there opening night dressed like characters from the movie. We wanted to recreate that same feel for Spamalot. So we reached out to the local folks involved in the Society for Creative Anachronism. These are the people that (among other things) dress in period garb at Renaissance Fairs. We’re offering them a discount off their ticket price if they come to the show in full costume.

As you can probably guess by this point, that discount is not available through the entire run. Just for the opening.

No matter which special activities you are building into your opening night, you should be looking for opportunities to partner with other organizations so you can tap into their audience. If you are holding a talkback, reach out to the local high schools and colleges to see if students can get extra credit for participating. If you’re running a contest for free tickets partner up with nearby restaurant so the winner gets dinner, too. A contest to win an all expenses paid date night is even more exciting than a pair of tickets, and you can reach out to people who are on the fence about theatre but love that restaurant.

Bonus tip: Almost all of these techniques are also great ways to promote one night only events.

Next Story: How To Get Press Coverage For Your Show
Previous Story: 3 Things Never To Say When Promoting a Show