How To Use Kickstarter to Crowdfund Your Show 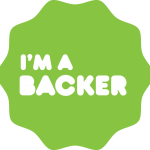 Perhaps a better title for this post would be “How Not To Use Kickstarter to Crowdfund Your Show”. I’ve been involved with two different productions that used Kickstarter, one was successfully funded (barely) and one was not. In both, though, I made a ton of mistakes. I think once I’ve done about 10 more campaigns I’ll start to get the hang of it.

Kickstarter is a crowdfunding website. The idea is lots of people can make small donations to your production. Normally the administrative costs of handling small donations isn’t worth it, but since Kickstarter automates so much of the process the small donations aren’t going to cripple your organization in a logistical nightmare.

Most successful projects create a video, describe the project, and come up with creative rewards to give the people who donate (referred to throughout the site as backers). You can include tickets as a reward, but it’s a good idea to have some other, more unique rewards as well.

It’s a pretty great concept, and the Kickstarter community is filled with people who are engaged and passionate about financially backing projects that strike a chord with them.

How to use Kickstarter the right way

I’m 100% positive I still have a lot to learn, but there are some things that I’ve decided are incredibly important to factor into your campaign. Here they are in no particular order:

1. Let people make a difference. Backers want to feel like their contribution helped your achieve something you couldn’t have achieved without their help. If it seems like you are going to do the show no matter what, and you are just using Kickstarter so that it’s less money out of your pocket that won’t play very well. Even if you know you are doing the show, talk about what can only happen if you get funded on Kickstarter. Maybe that’s a fog machine, or live musicians, or you get to bring a real horse on stage for Camelot. Come up with something so backers can feel like their dollars are making a difference.

2. When it comes to your rewards don’t tell: show. If you expect people to get excited about donating at a certain level because they’ll be getting a t-shirt, you need to show them a picture what that t-shirt is going to look like. If you can’t at least show them the concept art yet, I would advise not even using it in your rewards. The same holds true for posters, key chains, and any other show swag you have in mind.

3. Don’t launch until you’re rehearsing. You need to be able to provide updates throughout the 30-60 days that you have your campaign running. You need to get people excited that this production is actually going to happen. No one wants to donate even an amount as small as $5, if they aren’t confident that the show will go on. Update frequently with photos and videos of your cast rehearsing.

That’s what I can tell you. Kickstarter is a phenomenal tool, but it isn’t a silver bullet for financing your show. You’ll still need to promote the heck out of your campaign, but when money is what’s keeping your good production from being outstanding, Kickstarter is one of the easiest channels for crowdfunding I’ve seen.

Next Story: How To Market Your Performance When There’s Big Competition
Previous Story: Promote a Show With Your Actors