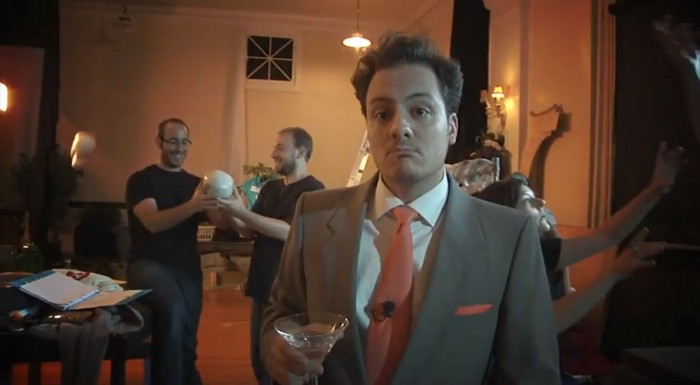 Video can be a powerful tool for promoting your production. That idea isn’t new on this blog, but if you don’t have experience with video it can be intimidating. We’re used to seeing incredibly high budget video production at the movies and on our TVs. You may feel like you’d have to spend a fortune to produce a video that would effectively promote your show. So to set your mind at ease, here are some examples of videos created on a dime that are helping their respective shows sell tickets.

The following videos are all taken from shows that will be appearing in this year’s IndyFringe Festival. Some productions created video trailers themselves, but the festival organizers also made a videographer and basic editing available to everyone in the festival at no cost. Take that as an indication of the organizers recognizing how seriously video can affect ticket sales.

Remember that it isn’t necessary to create a video that will enrapture anyone and everyone. (That sort of video does take an enormous budget.) You just need to create something that will resonate with your particular audience – the people that will love your show.

This video is just two guys standing in front of a black backdrop talking about their show. In post some graphics were added by the festival, but at it’s core this is just the two stars of this show giving you a sense of the dynamic they are going to present on stage.

Particularly if you have a one-person show, you want to attract the audience that is going to be entertained by seeing that one person talk. In a video that could have been edited on any Mac computer, Michelle Freed gives you a taste of how she is going to set up and deliver her brand of humor.

If you have an amazing feat in your show, don’t be afraid to put one of them into a video. Even if viewer suspects it’s nothing but camera tricks, they have to wonder what is going to show up in the live performance.

Staying low budget doesn’t mean you have to keep things stationary. Creative use of your space and a few well-timed props can still have your viewing audience leaning in to their screen to see what’s going to pop up next.

This video has an extra level of sophistication because it’s cutting between different scenes that clearly occurred on different days, but the performance footage is captured from a camera that was set on a tripod during a show. More importantly we get a sense of the quirk and talent we’re going to see in the live show.

Of course if you have the means, you can also produce a video that involves more shots, cuts, and transitions. I’d be remiss if I didn’t include the video for the show that Sold Out Run is co-producing this year:

I almost didn’t include this video, though, because I want to make sure that I emphasize you shouldn’t wait to create video promos until you have the resources to get this level of production value. If you can afford it, the higher level of work will help your video connect with more people, but a low budget video is going to be more effective than no video at all.

You can see more video trailers of fringe shows here.