How To Market Your Performance When There’s Big Competition 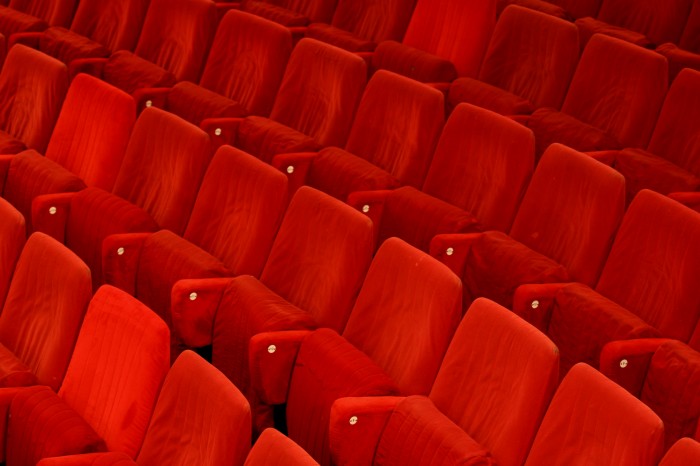 It’s 5 minutes until the curtain goes up. You’re peaking out at the house and noticing that it’s mostly empty seats. Most of your performances have been selling pretty well, and the reviews are solid. What gives?

Then it dawns on you that this weekend is the strawberry festival… or the local university is playing in the championship… or the president is visiting… or whatever mega event that you should have seen coming is drawing the attention of everyone in your market.

It might be some small comfort that the lack of audience is not an indication that bad reviews are spreading about your show, but that isn’t going to fill those seats. The worst part is there isn’t much you can do about it now. The time to think about these things was weeks or even months ago. Any event large enough to pull your audience was certainly being promoted back then. So what could you have done?

When you first secure dates for your venue, you need to scour every community calendar and local sports schedule for possible conflicts. Pay attention to other live performances (especially theatre) since these will be strong draws to everyone in your potential audience. As strange as it may sound, I’d even suggest looking at major movie releases and television events. Some of your audience may be live theatre purists, but most people look for their entertainment across a variety of channels.

During this step don’t even worry about how you will deal with these conflicts, just get all of them together in a single list. You might end up giving away tickets or you might not, but you don’t need to decide that just yet. 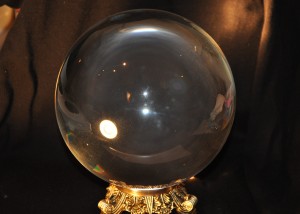 2.) Gauge the draw against each performance

Estimate how much of your potential audience is going to be pulled to these other events. Don’t worry if the numbers are rough, you’re just trying to get a feel for how much effort it will take to get a crowd for each show. You won’t be able to predict everything, but dust off the old crystal ball and take a shot. Maybe one of your performances is the same time as the state championship for high school football. Your town might not care much about high school football under normal circumstances, but if the local quarterback has already signed with a Division I college team and your tiny community has a good shot at winning state for the first time in 50 years… well, you can expect that’s where most of the town’s focus is going to be that night.

You might find that a particular night is just busy. There’s no one single event that’s drawing everyone’s attention, but all of the proms, baseball games, and concerts are likely going to add up to a big empty house for you.

Do you need to change the times and dates for any of your performances? Maybe your entire community turns out for the annual 5k walk/run that falls on the same day as one of your shows. Most people wouldn’t make a 2pm matinee, but what if you pushed things back to 3:30pm? In some cases maybe you need to just remove a date from the schedule. It’s disheartening (and can affect later performances) to play to a crowd of three people.

Yes, they paid for and deserve the same caliber of show as a packed house. We can’t pretend it isn’t more fun to play to a big audience, though. Sometimes it’s better to just let a single date go so you can have stronger crowds for the rest of your shows.

What do you do when a performance can’t be moved and you know the competition for your audience’s attention on that day is going to be brutal? The answer is not to stick your head in the sand and hope everything works out. Keep the following ideas in mind.

Although Christmas is usually the time for family films and mass appeal blockbusters, there’s usually one movie playing at the cinema that is the exact opposite. The few people who don’t spend much time with their families or for whatever reason aren’t in the Christmas spirit are thrilled to go see a horror flick on December 24th. If your big competition is a football game, do some promotional messaging that targets people who don’t really like sports. Talk about being in the air conditioning or heat (depending on time of year).

I’d caution against disparaging the big event so as not to alienate all those fans who will come to any of your other show dates. Focus on the positive things about your show, but you can lean into the things that will appeal in particular to your counter programming audience.

Timing is everything. If you know a particular day is going to be a hard sell, build some promotions into that performance. Bring in a can of food for the local food bank on Friday, and your tickets are buy 1 get 1 free. It’s always great if you can tie it into the theme of your show and partner with other organizations in the community.

With those ideas you have a fighting chance against the major events that are vying for your audience’s attention. Have a big event that might overshadow an upcoming performance? Share your big competition and your show in the comments, and I’ll be happy to share my suggestions.

Next Story: Your Marketing Tells Me If Your Show Is Any Good
Previous Story: How To Use Kickstarter to Crowdfund Your Show