3 Numbers You Must Have In Your Marketing Budget 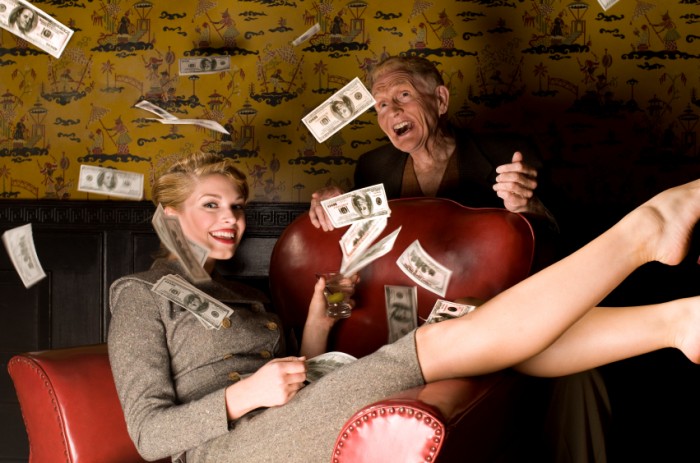 If you are doing a relatively modest production, it’s easy to gloss over the marketing budget. Instead of really thinking about what you can and should spend promoting your show, you just throw some number in a box on your budget spreadsheet. The final number that ends up there is usually the few hundred dollars that’s left after you’ve allocated most of your money to concrete production costs like royalties and costume rentals.

That’s a mistake. It’s a very common one, so don’t beat yourself up if you’ve made it. But it is a mistake, and a very easily corrected one.

I’ve talked before on the blog about the show that pulled me into the arts marketing world back in 2010. I dove in to promoting that show with both feet, and by almost any measure it was a huge success. The entire run sold out, including an extra Thursday show that sold out just three days after it was added.

I made a big mistake promoting that show, and it was mostly because I hadn’t done enough of that type of work to know any better. I over-promoted that show. I’d rather do that than under-promote a show, but the fact is I kept throwing time and money at the marketing plan long after it stopped being necessary or fruitful.

If I’d understood a few key numbers, I could have managed the financial resources that went into the marketing much better. I want to share those numbers with you now.

Some of you reading this probably spent more time in the drama club at school than the math club, so I assure you that I’m going to keep things very simple. We’re just talking about division and subtraction, and the example numbers I use here are kept simple. This is important, so it’s worth getting even if that means reading this section two or three times to let it all sink in.

On particularly useful number is going to make your life easier: marketing cost per ticket. At the end of your run you’ll be able to compare your marketing expenses and your tickets sold to get this number. It will look something like this:

Would you have some tickets even if you didn’t spend a dollar on marketing? Did some tickets cost a lot more than $5 to sell? Sure, but we’re not launching a satellite into orbit, so our math doesn’t need to be that detailed. Keep it simple, and don’t get bogged down in the tiny details (unless that’s your thing).

Of course you don’t want to wait until the end of the production to get this number. You need at least an estimate of this number today to use in planning.

Not sure where to start? 20% of the standard ticket price.

If you’ve done shows in the past, you can look at the marketing cost per ticket from those productions. You might even start to notice patterns. Does one venue consistently have a lower marketing cost per ticket than another? You’ll probably notice that when a show gets good press coverage that drives the cost down. Don’t feel like you need to do a detailed statistical analysis of the numbers, but just see if any major differences jump out at you. It will make it easier to come up with an estimate for your current show.

If you don’t have any data from previous shows – and there’s no producers or directors in the community you feel comfortable asking – you just have to pick a number and go with it. After the final curtain when you are reviewing the numbers you’ll see that you were too high or too low, but you’ll be better informed for your next run.

Really not sure where to start? Go with 20% of the standard ticket price until you have more data.

Armed with your marketing cost per ticket you can come up with how many tickets you need to sell to break even. That’s the point where you don’t make money on the show, but you don’t lose money either.

I do believe that we have a responsibility to break even, by the way. It doesn’t trump our responsibility to artistic integrity, but growing support for theatre in your community becomes far easier when it is profitable.

Calculating your break even point is actually very simple. You just need to answer two questions.

Let’s say you’ve invested $4,000 to put the show on stage. (I’m picking numbers that make the math easy.) That includes your rental fees, licensing, and salaries.

We’ll say that your ticket prices are $25, and we’ve already determined above that your marketing cost per ticket is $5. That means for each $25 ticket you sell, $5 of that is spent on marketing and $20 goes in your pocket.

So how many tickets do you need to sell to make back the money you had to spend to create the production?

It may sound like I’m oversimplifying it, but it really can be this simple. Even plugging in rough estimates like this is going to give you some idea of what kind of ticket sales you’re looking for.

The purpose of finding your break even point is to determine the minimum amount of money you need to allocate to marketing. Using our numbers from above, you have to sell 200 tickets to break even and your marketing cost is $5 per ticket. So your minimum marketing budget is $1000.

So how much money would you need to budget for marketing to sell out your entire run? You don’t want to spend more money than you need to. Multiply all of the available seats for the run by your per ticket marketing cost.

Again keeping the math simple, let’s say you have 10 performances in a 120 seat space. So a sell out run means 1200 tickets sold. If your per ticket marketing cost is $5, the most you should budget for marketing is $6000.

So with a little math we now know that our marketing budget should fall somewhere between $1,000 and $6,000. The higher we can get in that range, the more profitable the show will be, but we don’t need to go above $6,000.

I want to stress again that these numbers are estimates. Where you spend your marketing budget makes a big difference. If you hire someone to make you a $6,000 website – but you don’t do anything to get people to that website – you’re not going to sell out any of your shows. Alternatively if you create an online promotional video for $1,000 that ends up going viral in your local market, you might do a lot better than just break even in spite of spending the bare minimum on marketing.

The purpose of these numbers is to help you make an educated guess about marketing costs as you build your budget. The truth is the marketing cost per ticket for a matinee performance may be very different than the cost for a Friday or Saturday night. The marketing cost for the first 500 tickets might be very high, and the next 500 tickets are cheaper as word of mouth starts kicking in.

I won’t discourage you from diving in and calculating matinees and evening performances separately – or any other variables to try and be more accurate in your numbers – but don’t feel like you have to do that. Simply getting a rough estimate for your entire run gives you some incredibly helpful information to create your budget without too much effort. Anything beyond that is just gravy.

Next Story: How To Approach Theatre Marketing When ‘Promote’ Feels Like a Dirty Word
Previous Story: How To Create an Event On Facebook… the Right Way