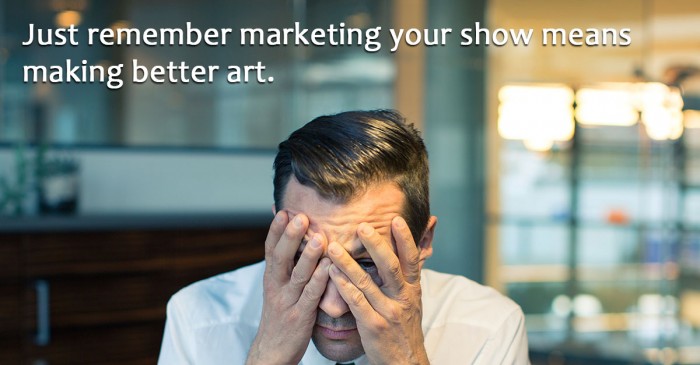 There are times when promoting a show is the least satisfying part of putting together a production. It requires many hours of hard work – hours that very few people will ever realize you spent. Often we’re fumbling around with little to no budget on a truncated time line with only limited feedback that our efforts are even connecting with an audience.

The dubious thrill of pushing ticket sales is usually not what attracted us to live theatre in the first place.

On more than one occasion I’ve considered how much easier it would be to bury myself in the art. I could just do great work and not worry about who shows up. It’s almost painful how seductive that thought can be.

But I never give in to it.

It’s almost painful how seductive that thought can be.

It’s a false premise. The art and the business of live theatre overlap. The marketing does matter. The size of your audience has a direct, tangible impact on the artistic experience you are able to create. Here’s how.

1.) A full house affects the experience of the audience

Imagine you’re sitting in the audience, and the show reaches a funny bit. If you hear a lot of laughter around you, you’re going to laugh a little bit louder. If the room is mostly silent, then you will instinctively stifle your laughter. Okay, you might be an exception, but that is how most people behave. Is it more entertaining to comfortably laugh as long and hard as you want or to try to keep yourself in check. You still have fun when you’re holding in the laughs, but not as much as you could be.

What about before the show, during intermission, and after the final curtain? When people are looking around the theatre at a bunch of empty seats, what are they thinking? I guess nobody wanted to see this show. I think I liked it, but maybe it’s not as good as I thought.

I will never, ever tire of quoting Matt Lehrman: Empty seats give the appearance of failure.

2.) The ability to market lets you control your art

Ever make a decision about what to put in your show because someone with executive approval wouldn’t like where you were going with it? Or does thinking about how the theatre’s existing audience will react to a scene force you to tone something down? Or have you ever struggled for approval to even set foot in the theatre because the powers that be don’t believe that people will show up to watch the show your pitching?

All of those items lose their teeth if you know how to promote your show and bring in an audience. There are always going to be lines that people don’t want you to cross because of how they define art, and one of the easiest weapons for them to grab in that fight is to say that people don’t want to see what you want to put on stage. If you know how to market your show, you disarm them. 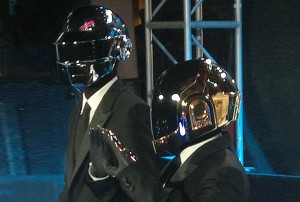 If you draw bigger crowds to your productions, more people are going to know who you are. On the surface that may not seem important, but we need other people to create our art. When your productions show up in the paper or get more word of mouth, you aren’t just getting noticed by the general public. Other artists in your community with whom you might want to collaborate – especially artists you may not know yet – are being exposed to your work.

Next Story: Marketing Doesn’t “Make” Someone Want To See a Show
Previous Story: Theatre Marketing Is Like Investing In the Stock Market