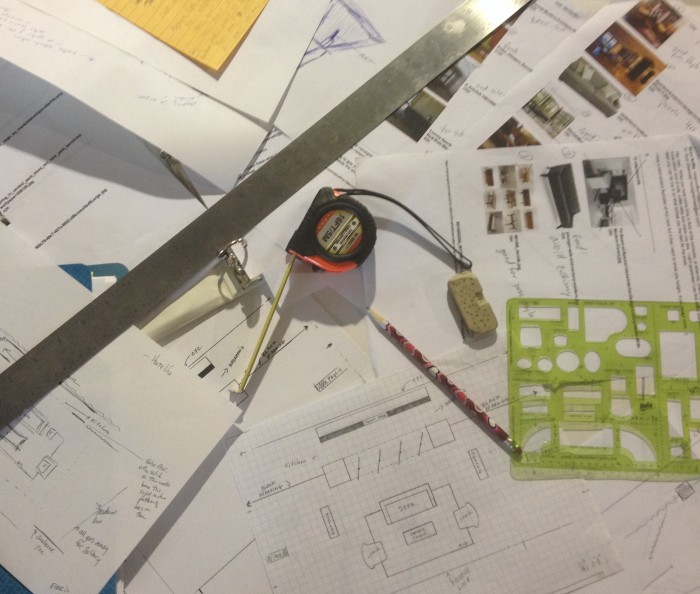 The story this week has turned out to be emphasizing the craftsmanship that is going into this production. We’ve been emphasizing in the marketing message that this production is pooling the talents of skilled people who are bringing their A game. Now we’re going one step further by hinting at the technical elements that go into the script, the set, and the directing.

Story of the Absurd

After reviewing more of the dramaturgy notes, I decided that the story this week should be about the references that have been made about the theme of absurdity versus realism in this script. There’s some historical context there with Albee writing the second act in the middle of the 20th century when the French movement Theatre of the Absurd was gaining traction.

Analysis of Albee’s work (this script in particular) will often discuss how he seems to draw from both that movement as well as another popular (and seemingly contradictory) movement: absolute realism. The juxtaposition of these two movements captures a sense of just how crazy life really is, and we don’t have to watch theatre about people walking down the street to buy a loaf of bread. We want to see their most absurd and interesting moments.

My original thought for the set teaser would be a slightly blurred, cropped photo of some sketches of the set design. AUP took this one step further and asked a few questions of Brian – who is doing both the set design and lighting design.

The requisite image was also posted on their site (and shown above in this post). I love that they added the questions because it’s just another opportunity to demonstrate the intention that is being put behind this production. I can’t imagine it created much extra work – after all it’s just sharing a few of the thoughts from the discussion that the production team needed to have had anyway to be able to create the show.

Use what you already have created in the process of putting your production on stage.

That’s some of the best marketing. Use what you already have created in the process of putting your production on stage. Truthfully what gets me the most excited about seeing this is knowing that AUP isn’t limiting themselves to just the ideas we came up with in the initial brainstorming phase.

You will and should come up with flashes of insight as you are putting the show together. I wouldn’t suggest dropping elements from your marketing calendar lightly – although sometimes you may need to – but always be willing to try a new twist on a tactic when an idea strikes.

I was talking to a few friends yesterday about the challenge in marketing of continually finding new information to share as you work to stay at the top of your community’s mind in the weeks leading up to your show.

Rehearsal photos can be very effective to seduce people into buying a ticket provided you keep showing them something new. What AUP has done very effectively up to this point is to add photos to a gallery on Facebook that each give you a different hint about the show. It doesn’t feel like they are were all taken in the same 15 minute period.

I particularly love that a few of the photos show a rehearsal taking place on an actual park bench outside. Now the performance will occur in a theatre, but I love knowing that the actors and the director went out to a real park bench to get a sense of what that space feels like as they go through the dialogue and movements. We may never know exactly how that experience informs the environment they are creating on stage, but knowing that they did it demonstrates the level of thought and care that is going into this production. 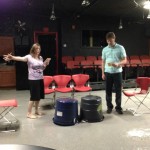 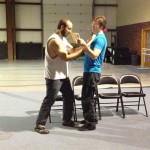 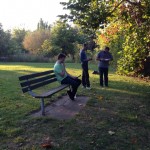