The Open Book Project: 7 Weeks Out: The Poster 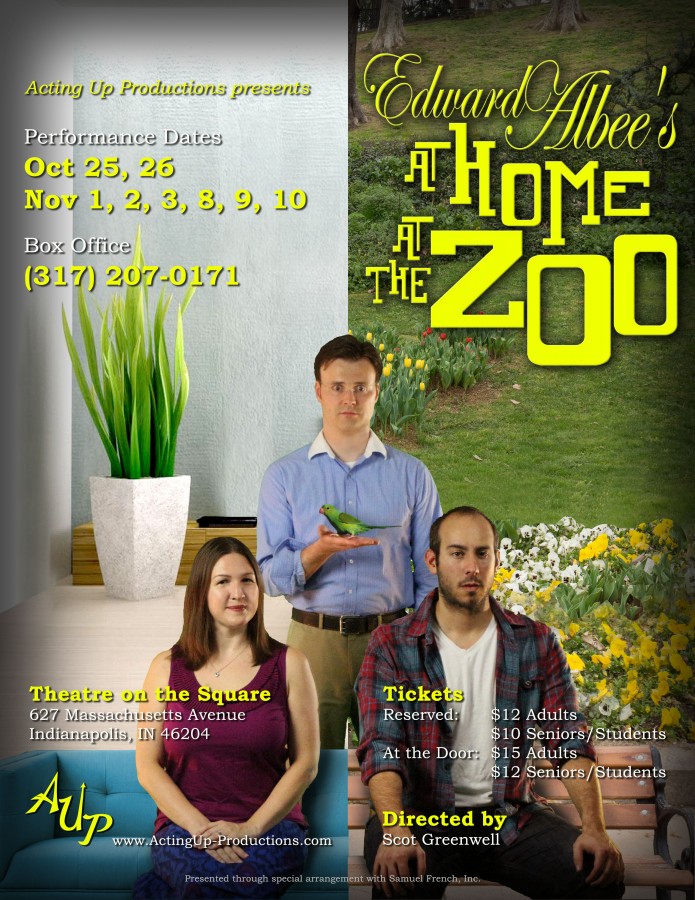 This week the marketing is starting to take shape. We have a poster which is the first place where we’ve given some indication of what this production will be like. Anyone can buy rights to the script, but how is Acting Up Productions going to bring this story to life on stage? How will it be different than other productions?

You can see the final poster embedded above in this post. It was not released on Tuesday as originally shown in the schedule. We realized this week that AUP had not officially released their poster for the entire season. Not every theatre creates a poster for the season as a whole, but when done right it can be an effective means of getting people interested in attending multiple shows.

Give people a steady drip of new information about your shows. Don’t dump a bucket of water on them.

It makes intuitive sense to release a season poster before the poster for the show. (And it’s important to spread things out. Give people a steady drip of new information about your shows. Don’t dump a bucket of water on them.) So the season poster went up online Tuesday.

On Wednesday the show poster you see above was posted on the blog and on social media. Rather than just post the image and be done with it. Beth wrote a little about how the poster was created. What symbolism is being used, and how does this imagery relate to the play?

Obviously we didn’t want to give away too much about the plot and character arcs, but we wanted to hint at what sort of conflicts are going to come up. Here’s the key paragraph:

“One side of this poster represents the first act Homelife with Peter (Joshua Ramsey) and his wife Anne (Allison Reddick) in their mundane New York City apartment, living their day-to-day lives.  Their home is fashionable, but lifeless except for the humans (and animals)  living out routines in their self-made cage. The other side represents the second act The Zoo Story with Peter and Jerry (Scott Russell) on a bench in Central Park.  The parakeet represents Peter at the beginning of the play; a reticent animal stuck in a cage.  Both Anne and Jerry challenge Peter’s ability to remain comfortably caged and provoke him to confront his ulterior animalistic side.”

The intent behind this email is just to send a brief message to your media contacts. If you wait until a week or two before you open to invite them to your show, their dance card may already be full.

At this point you just want to let them know that you have a show coming up. Mention a brief (one paragraph) synopsis and a few of the names involved so they have something to latch on to in their memory and that’s it. Keep it very short, and close with telling them that you’ll be sending them more details as the show gets nearer.

In our case with this production, all of the media contacts were also on the list to receive last week‘s show announcement. It would be pushing the envelope from informative over into cloying if we again contacted them again this week without really providing any new information.

What we lost here is the personal touch. Every publication is different, but in many cases having a personal relationship with the writer can increase your chances of getting covered. (And that isn’t necessarily a case of favortism as much as it is just being top of mind when it comes time to decide what they want to write about.)

There’s always going to be details like this that you miss. The important thing is to a make a note of it and update your plan of attack for your next production.