The Open Book Project: 8 Weeks Out: Firing Up the Marketing Engine 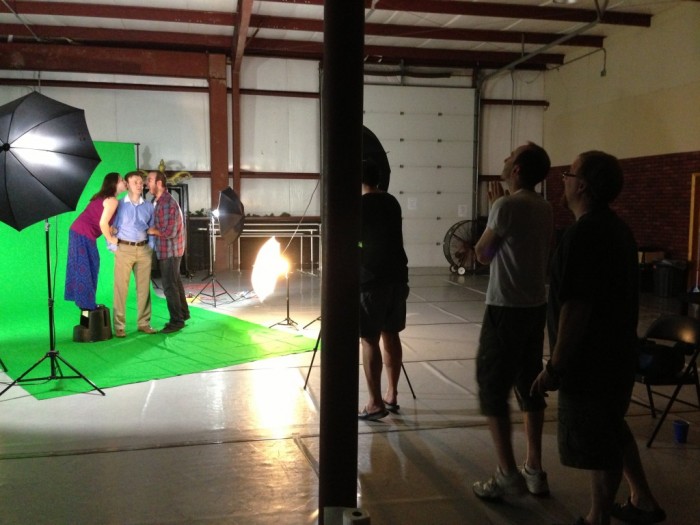 Several weeks ago we mapped out the calendar of marketing activity to promote this show. Since we had gotten to work early, we haven’t needed to do very much these last few weeks. During that time there was a photo shoot with the cast, to generate source images that will be used in creating digital and print collateral pieces. Now with just 8 weeks out to opening night, it’s time for the marketing machine to start churning.

Here’s what was originally planned for this week, and we stuck to it pretty closely. (View the full marketing calendar.)

The initial announcement about the show was produced on schedule. It was added to the Acting Up Productions website as a blog post. The same material was sent out as an email to the AUP mailing list.

This announcement might seem trivially simple. With nothing more than a brief synopsis and list of people involved, it is unlikely that most people would decide to buy a ticket to the show based on this announcement alone. The purpose of this announcement is just to plant a seed of awareness at this point. Ticket sales will come later. 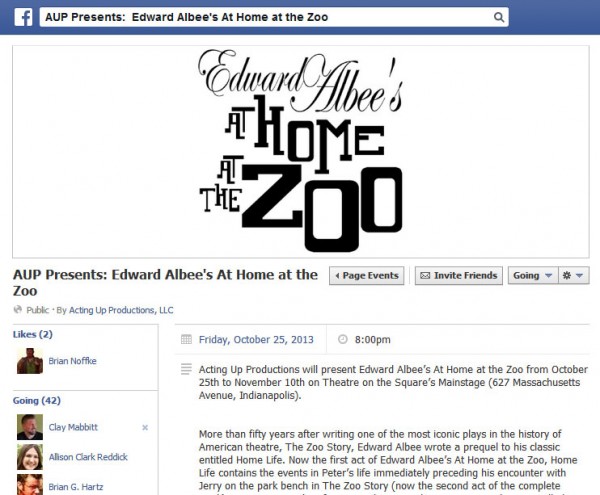 The Facebook event page did not get launched on 9/4 as originally planned, but it appeared just a few days later over the weekend. This will not be the first time that the calendar and reality are off by a few days, but certainly in this case the time lost was not a major problem.

It would be great to have those pieces ready, but right now the most important function of the event page is to start gathering together interest over social media. These early fans will be mostly friends and family, but having those initial followers is invaluable in future weeks when strangers will stumble across this page. Those new faces will be looking at the number of people who have indicated through Facebook that they are coming to this event to get a sense of how big a deal this show is. Social proof is huge.

Next Story: The Why Behind Sold Out Run
Previous Story: The Open Book Project: 7 Weeks Out: The Poster