How To Pick Up a New Audience Member 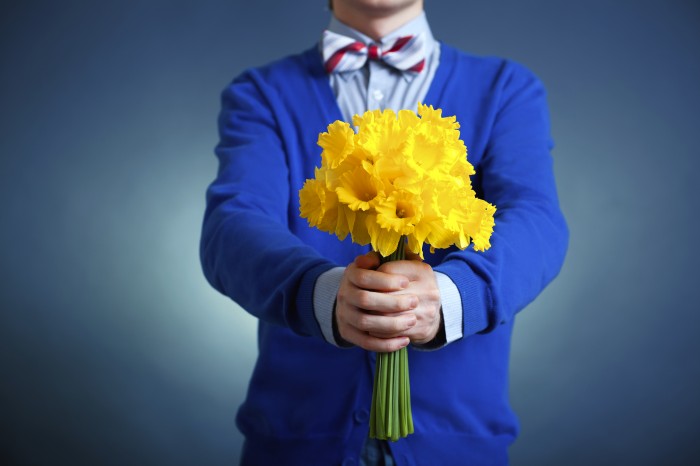 This post is about how to pick up a new audience member. How do you feel when you think about trying to market your show? It’s exciting to imagine the possibilities – but also a little nerve racking.  What if you make a fool of yourself? What if you put yourself out there, and when all is said and done you don’t have anything to show for it?

Although a bar is often where we picture chatting up a stranger, a piece of advice I’ve heard many times is to try to meet people anywhere other than a bar. The logic being an attractive man or woman has probably suffered through quite a few ham-handed or even offensive pick up attempts, and their defenses might be up. Approaching them at an art gallery or charity event might get you a warmer reception.

Think about the examples from your own life where companies are trying to market to you. We fast forward through commercials on our DVRs. We skip the back of the magazine that’s nothing but ads. We ignore the right sidebar of Facebook, and we avoid making eye contact with the sales associates standing hungrily next to the kiosks in the middle of the mall.

Big companies can pursue these marketing routes because it’s a numbers game. They can keep throwing money and people at these channels because eventually they’ll make it back. I’m assuming if you are reading Sold Out Run you do not have unlimited money or people.

So instead connect with people at the art gallery or charity event. The best locations for you will vary according to your show. If you are doing a production of Xanadu, get thee to the local skating rink.

It never works trying to be something you’re not. Telling someone you’re a doctor who spends 6 months a year doing pro bono work in third-world countries is great – if it’s true. If it’s a lie you either a.) won’t be believed in the first place or b.) will have someone saying very negative things about you when the truth comes out.

There’s certainly a lot of passion in Streetcar Named Desire, but it’s not a love story. Anyone who came to see that show because the poster told them to expect a story of powerful love and passion was going to be surprised. For some people it might be a pleasant surprise, but most people would probably feel duped.

It’s a little corny, but you can make someone more comfortable by instantly handing them control of the social dynamic. Steer clear of asking things that require them to take physical actions, but asking for their opinion is non-threatening and intrinsically conveys that their thoughts are valuable. “My friend and I have a bet to see who is the worst dancer. Can you help us out and judge?”

The easiest example of this is when you are doing a show where one of the characters belongs to a particular group that you want to reach out to. If you are doing The Miracle Worker, it make sense to reach out to your local school for the blind to ask for their guidance in accurately and respectfully playing the role of Helen Keller. Along the way you are forging relationships with the teachers and students who are going to be more interested in this subject matter.

Have a wing man

It’s tough to brag about yourself and not come across like a jerk. That’s why it’s useful to have someone with you who can talk about how great you are while you smile and politely demure. It is impressive that you rescued those kids from a burning building, but it loses some of the appeal if it seems like you’re flaunting it.

Your existing patrons are some of the best wing men and women you could hope for. They already think you’re great. You can only expect so much of them, of course. You can only sit mute at a bar for so long while your friend expounds on your virtues before it gets weird. And your current patrons can only say so many nice things about you before you need to speak up as an organization and let those new faces learn about you from you.

The key here is to make it as easy as possible for your patrons to talk about you. Give them social media collateral that they can easily share. Create a special night where they can bring a friend for free.

You want to show people the best of what your production has to offer. You can do this by letting them see what your show is really about in a time and place where they are open to learning about it. You’ll have the most success when they feel like you really want them – not any warm body – but them, specifically, in the front row opening night.

Next Story: Why Are We Afraid to Market Our Shows?
Previous Story: Don’t Vomit Marketing All Over Your Followers