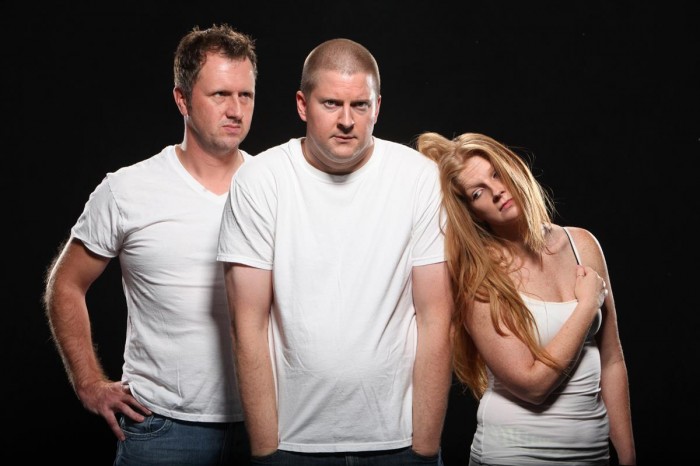 Most of the shows I’ve been involved with promoting have had a tone that’s… fun. All the marketing around 465: Sex Drive promised a sexy romp that would make you smile. (With a few tears snuck in for good measure it delivered on that promise.) The tone of that show made it easy to crack jokes and use humorous innuendo to build buzz on social media.

Right now I’m acting in a production that is almost the exact opposite. BUG has funny moments, but for the most part it’s a heart-wrenching ride as you watch these characters on their downward spiral. How does one get that to play on Facebook?

While I’m not officially involved with the marketing of BUG, I had an idea that was too good to ignore. Someone in the cast is friends with an excellent photographer, and he volunteered his time and resources to provide us with some great dramatic images to use to promote the show. The photos by themselves were already striking, but it occurred to me that we’ve become accustomed to seeing illustrated versions of pithy quotes and powerful, concise statements in our social media feeds. 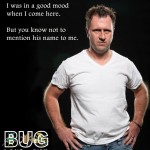 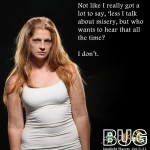 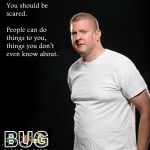 Spending about 10 minutes in Photoshop (and you can use whatever image editing software is on your computer), I added a line from the script to the individual images of each character. The lines and the images together are a more powerful hook for ticket buyers than either would be alone.

When you do this for your own shows you may be tempted to post all the images at once. Resist that urge. Post the images one at a time, leading up to opening night. I promise you’ll get more bang for your buck.

Would this work on comedies and musicals, too? Absolutely. The key to making this strategy work is good photography and good source material in the script.

Next Story: Rules for Facebook Cover Images
Previous Story: The Secret to My Success in Marketing Theatre