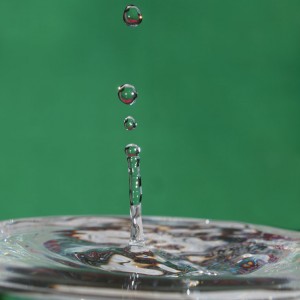 I’ve been rolling this idea around in my head for almost a year now. Are season subscriptions a viable business model? I understand the appeal for venues. You find some patrons who support your theatre and like what you do. Instead of marketing to them repeatedly for each of your major productions you just have to market to them once a year.

But is this a mutually beneficial relationships? 10 years ago I think it certainly was. Today I’m not so sure.

The ripple effect of technology

Our entertainment options have shifted rapidly over the least few years, and there’s no sign of the changes slowing down. Technology allows us to consume very specific types of content on whichever channel is most convenient to us. By no means do I think that means live theatre is going to disappear, but I do see advances in production and distribution of entertainment having a ripple effect that fundamentally change what people expect from all of their entertainment – including theatre.

I think many of the people who become season subscribers at their local theatre aren’t subscribing to live theatre per se.

When it was costly and difficult to bring a movie to market, it meant that any movie hoping to be profitable needed to appeal to a big demographic. Now a high school kid could save up enough money to buy a digital camera and the video editing software to put a pretty sophisticated up online. Instead of seeing watered down versions of familiar archetypes and plot lines in all of our entertainment, we’re seeing a wide variety of experimental and highly-stylized stories.

Remember when that was the exclusive purview of live theatre in most communities?

As more and more opportunities to find that kind of engagement from the comfort of their living rooms appear, I expect many people will just let their subscriptions lapse.

I think in the future theatres will need to spend more of their attention on unique promotions for each individual show. What demographic cares about this particular show, and how do you get your promotions in front of them specifically.

The encouraging news? The same technology that’s encroaching on theatre’s once comfortable turf as provider of unique entertainment is making marketing easier. People use the Internet to self-identify their interests and tell you exactly which shows in your season they would be interested in. They like brands on Facebook, follow boards on Pinterest, subscribe to podcasts, and sign up for email newsletters that tell you what they like.

Maybe I’m just Chicken Little. Do you think there’s a reason season subscriptions will remain an important revenue stream for years to come?

Next Story: Who Do You Need On Your Theatre Marketing Team?
Previous Story: The Secret Power of Facebook Events