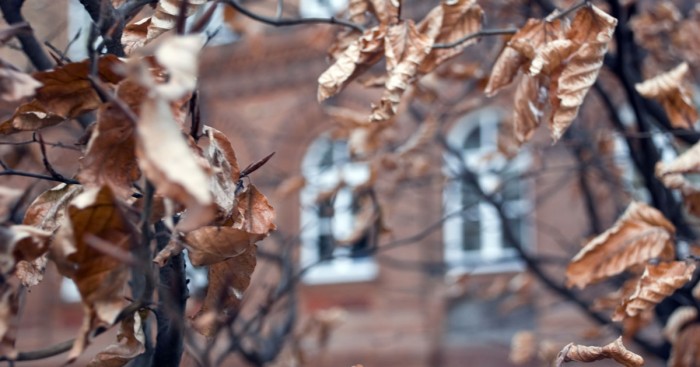 On this blog I tend to focus mostly on how to promote your individual show. That’s not because I don’t think marketing your theatre season as a whole is important, but rather I’m trying to emphasize an area that I don’t see getting as much attention as I feel it should. But I’m straying from my normal bounds on this post to deal with an overlapping issue, the show art for your season as a whole. If you want first time visitors to become regular audience members, you do need to consider how your individual shows are seen when they are all looked at together.

Long time readers may be surprised to see me writing about this point. After all I’ve written before about how I think season subscriptions are losing traction. But season subscriptions aren’t the only reason someone would look at your entire line up. When someone comes to your theatre for the first time, the plan is that they will love the current production and want to know what else they could come see here – and that could involve just buying me more single tickets. Because their interest is based entirely on the show they just saw, it’s helpful to present your upcoming programs in a way that emphasizes the similarities with the current production.

Each show will and should be very different, but you want to convey to this brand new visitor that future shows are going to have the same production value and level of talent associated with it. When someone’s looking through a program or on your website at your season, how do the shows look?

I did a Google image search for “2013 season theatre” and just started randomly clicking through the results to see what kind of examples came up. I’m going to share with you some of my thoughts looking through these examples. I don’t know any of these theatres. I’ve never seen a production by a single one of them, so I can’t speak to the product they are putting up on stage. All I’m going to talk about is my first impression when I looked at season information on their website. (So this isn’t even a comprehensive opinion on how they market their season in other ways – I’m literally just looking at a few images and sharing the first thoughts that pop into my head.)

There were quite a few examples of Broadway seasons. If you are doing a series of shows in which part of your licensing includes the rights to use the existing show art – and that is the case of all of your shows – then I think this is the right way to go. They are professionally designed, and the very nature of “official” Broadway art is that the posters all tend to look like they belong together.

These shows are collected together by creating the appearance of casually stacked printed photos. Honestly this effect feels a little dated to me, but it might be just right for this market. One thing that bothers me a little in this case is the mix of on-stage and real world photos. Especially considering the middle photo above could apply to about half the plays written in the last 50 years. Nothing about that house says A Christmas Story to me, while the other two images give me hints to what the production is about. I’d prefer to see an image of Santa, Ralphie, or his dad holding that leg lamp on a well lit stage.

This approach really stylizes the show logos in a monochromatic palette against backgrounds that are only slightly varied in texture. They all fit together side-by-side. If you go this route, you are betting all your money on finding fans for the whole season. There isn’t much opportunity here to convey what the individual shows are like. It’s also difficult to just lift the art here for each show to use on social media and press releases for promoting each production. It’s the right idea, but I think this example sacrifices the opportunity to convey what is unique about each show.

San Jose does have individual posters for their season, but this collage of photos is what caught my eye. Perhaps this image was created after the season ended, but my first assumption when I saw this is that I was looking at publicity stills for shows that were about to happen. That’s crazy, of course, because you won’t have a cast and costumes for the whole season before the first show begins, but my brain makes strange leaps sometimes. So while it’s not technically accurate if this approach were created at the start of the season, it certainly stood out among all the other examples I was looking at. I mention it here as something to think about.

This collection works very well for me. All of the show art fits within a common color palette and uses fonts that seem to come from the same universe. If you click through and look at the other examples, notice that all of the images whether they are illustrations or photos look like they were dreamed up by one mind. Professional designer Brian Atkinson mentioned on a recent podcast that having a unifying visual flavor to all the art for a show brings everything together. That’s not just true for a show, it’s also true for your season.

I’m actually surprised at how well simply putting the art in a circle seems to unify the varied imagery that makes up this season. The best thing about it is that the circle is an extension of the brand of the Jewish Community Center of Greater Kansas City, which uses a circle as part of their logo. I also like that most of the imagery selected is on a fairly simple background. The exception here is Les Mis, but that’s forgivable in my mind because of how iconic that little girl’s face has become for that show.

In the random examples I looked at Taproot had my favorite show art for a season. Clearly a skilled designer was at work putting together these images. Not only does each image stand on it’s own, but they clearly fit together as a collection. The white frame and subtle tree imagery pull the pieces together aesthetically, and each piece is a closeup on a character that (presumably) is a focus of the production.

Where the cast is known (presumably, again) then their images are used. For a fictional character a representative image is used. In the case of a civil war era character, a photo is used. For historic composer Bach a picture of a statue of his face is used. For all those similarities, though, each show clearly has a very different feel.

Plus from a practical standpoint each image has title and show dates already in place, and could easily be plugged into Facebook, an email, or a post card to promote each show without requiring any additional design work.