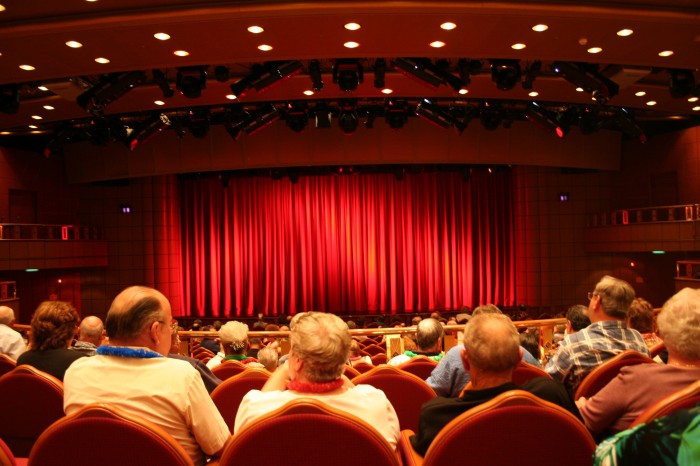 When you first put a show on the stage, you are literally starting with nothing. No one has ever heard of you before. They don’t know if your production is going to be good or bad. But people are attracted to the subject matter or maybe they know someone else involved with the show. Whatever the reason they come out and see what you’ve got to offer. Maybe a lot of them like what they saw, and remember you personally. If they see your name come up again on another show, they’ll remember they like you. Maybe they’ll come to that show.

Now what happens if they don’t see your name that second time? Nothing.

Now what happens if they don’t see your name that second time? Nothing.

In fact even if they hear your name again – but too much time has passed – they won’t remember. Having that second exposure (and third, and fourth, … ) is critical to building up your reputation in your performing community.

And what do we do to make absolutely sure our name gets back in front of those people we rocked with a good first impression? Well. If you’re like most people you probably don’t give it much thought. Maybe they’ll see your name in the program of your next show. Of course that begs the question, “How did they know you were involved until they get there?”

What you could be telling your fans

Playbills and local press articles are great marketing tools, but they don’t let you control what is said about you or when people see it. How powerful would it be if you could contact all the people who liked the first show of yours that they saw? You could reach out to them and say…

Of course you don’t have a way of telling your fans this… unless you have their email address. Phone numbers are worthless because you don’t have time to call people individually. Sending bulk post mail can get expensive. Sending targeted emails is incredibly cheap – and if you’re really on a shoestring budget you could send to a small list of people for free.

I’d be lying if I said that promoting a show is ever easy, but a list of emails belonging to people who already like your stuff certainly leverages your marketing efforts.

Get your hands on the conch

So how do you get this incredibly useful list of email addresses? There are a lot of strategies, but I suggest starting simple. Put a signup form in the lobby that says something like, “If you liked this show and want to be notified about similar productions in the future, just leave your email address below. We will keep you posted. And we will never send you any email spam.” (By the way: never send any email spam.)

If your show resonates with your audience, you should get a couple signups at intermission and even more after the show.