Theatre Marketing With a Small Cast 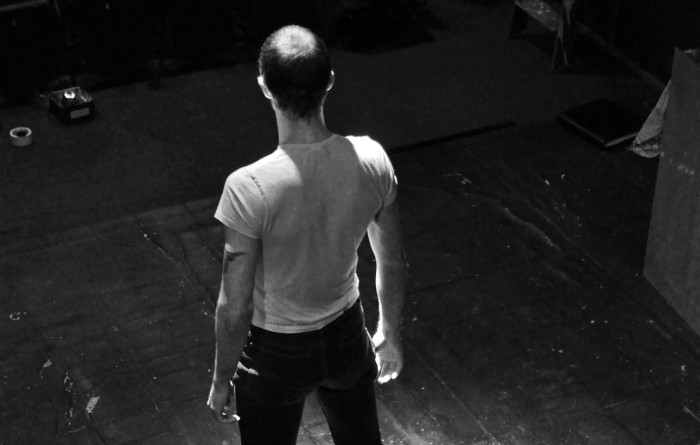 There are a lot of reasons to do a show with a large cast (get more people involved with your company, create a fuller picture on stage, more volume in musicals, etc.) but the most practical is that you get some easy ticket sales. If everyone has a few friends and family members show up, suddenly you’re halfway to a full house.

But spend much time in theatre, and you’re going to find a show with a cast of two or three that captivates you. You fall in love with this show and feel compelled to put it on stage. You know that you don’t have that built in audience of acquaintances that comes with a cast of 20, but you just have to do this show. So how are you going to sell tickets?

I was in a production of Amadeus a few years back that was visually stunning. The set and lighting were extremely well done, but to a certain extent the appearance of a noble court in Vienna was achieved by filling the stage with courtiers – each played by an actor who brought his or her fans to the box office.

So how do you market a production with a small cast? This may not be a very sexy answer, but the promotion process isn’t much different than how you should approach a show with a large cast. The biggest difference is that the stakes are much higher if you get lazy with your marketing. With a smaller “guaranteed” audience you can’t afford to gloss over the promotion. (Literally: you can’t afford it.)

That being said, there are a few aspects of your marketing that you can and should lean into when you have a small cast.

Play to your strengths

The first step in your marketing is to figure out what’s unique about this production. What will an audience get from seeing your show that they can’t get anywhere else? If you have a smaller cast, part of the answer is going to be the intimacy. Even if the venue itself is large, with a small cast the story is going to go deeper into those individuals, their struggles, and their relationships. That’s not the only thing unique about your show, but it is going to be part of your hook.

Don’t just rely on the cast

Actors often have the most obvious drawing power for a show, but everyone involved in your production does have a personal network of people that could attend the show. All the same things you do with your actors to promote a show, you can do with your production team.

Here’s the key. People don’t ask their friends and family to come to every single production they’re involved with. They want people to see the work they are proud of.

People don’t ask their friends and family to come to every single production they’re involved with.

Is your sound designer truly proud of this production and the part they play in it? You can’t force them to be, but you can create an environment that encourages it. Ask for their input. Let them know regularly how much you appreciate both their effort and the positive effect their work is having on the final product. That goes for your lighting designer, stage manager, board operator, and literally everyone involved with getting this thing on stage.

They’ll be more likely to take pride in this production and encourage their friends to come see it. (Note: there are many reasons to foster this type of environment, but for brevity here I’m only focusing on the box office benefit.)

Sometimes it isn’t about the quantity of actors in your cast as much as it is about the quality. In any size of production you should use your actors to promote the show, but with a small cast you can go much deeper with each actor.

In a typical production I have each actor answer a few short questions, and use those to post a mini-interview online. With a cast of two or three, you can do more. Maybe it’s just bumping things up to 10 questions, but maybe it’s completely different.

These ideas (and others like them) might be too impractical for a large cast, and they can really help you cut through the  noise.

This is always crucial, but it’s even more important with a small cast. Word-of-mouth starts with the pool of people who know about your show. You have a smaller pool. In order to seed those word-of-mouth conversations, you need to be incredibly aggressive about getting people to see your show opening night. I went through 11 tactics in a recent blog post about promoting opening night. Go through that post very carefully for ideas and do everything in your power to fill the seats opening night.

Next Story: Sharing a Few of My Mistakes
Previous Story: Announcing the Open Book Project