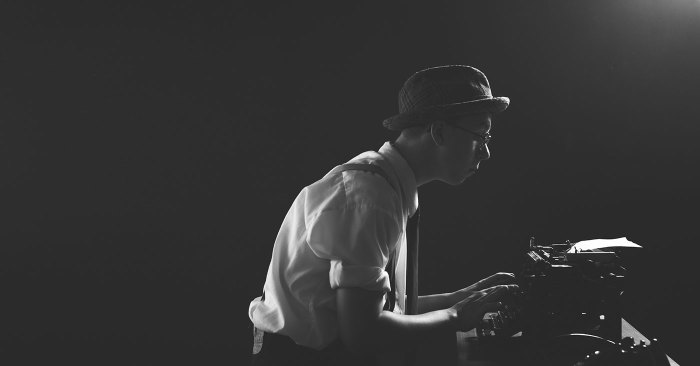 I’m a little late to the party. Most of the “2014 in review” posts popped up on blogs at the end of December. Here we are one week into January, and most bloggers are now looking forward to 2015 with posts about goal setting, dreaming big, and establishing habits. I like those topics, but I want to take one more look back at the last year first because I was able to draw some interesting conclusions about you, the Sold Out Run audience.

(Of all the end of the year posts that I’ve run across this year, I liked Pat Flynn’s the best. I’ve adopted / stolen his format to use here.)

Looking at the blog posts that received the most attention last year, it seems like a lot of people arrive at Sold Out Run looking for marketing ideas. That makes sense. I know seeing examples of how other people are marketing their productions can help me get ideas for my own.

Perhaps I should spend less time talking about my philosophy on marketing and more time just sharing ideas on promotional campaigns and specific tactics. If you think I’m either spot on or way off about that, certainly leave a comment.

1. Great Resources for Theatre Marketing Inspiration
No surprise here. Since this post was written it’s consistently been one of the most popular pages on the site month-after-month. It features links to sites with examples of guerrilla marketing, funky theatre posters, award-winning commercials, and cool random visual elements.

2. The 3 Absolute Minimum Things You Must Do To Promote a Stage Play or Musical
I think the title pulls people in on this one. Who doesn’t want to make sure they aren’t skipping any of the absolute minimum things?

3. Download the Marketing Calendar Template I Use To Promote Shows
Whenever I mention the free marketing calendar template I created for public consumption, this is the page I link people to. It explains the calendar.

3 Most Commented on Blog Posts

I’m particularly interested in when people felt motivated to engage with me about a blog post. It’s very easy to get trapped in our own private bubbles where nobody ever encourages us or challenges us about the assumptions we all make (even me… maybe especially me) about what works and doesn’t work in marketing. So I really appreciate it when you spend a few minutes sharing your reactions here on the blog.

Comments showed up most frequently when I asked a specific question – to which not all blog posts lend themselves unfortunately. I was really interested in the comments that came in on number 3 below.

1. Do You Want a Production Blog?
This whole post is just asking people to comment with whether or not they would use a freely available blog to chronicle their production as a marketing tool. The general consensus was that it wasn’t a deep need for most people, so I’m very glad I asked before spending a ton of time developing it!

2. SOR 58: Katie Angel On Educating Your Audience On Your Art Form Before You Start Differentiating
This is the page for an episode of the podcast in which I specifically invited people to leave a comment in the show notes (which just seems to be podcast jargon for the page on your site that links to that episode), and I would offer whatever marketing insights I could in a free 30 minute phone call to one of the commenters. I ended up speaking to three different commenters, and one of those conversations actually led to episode 61 of the podcast with Joni Lambert.

3. The 3 Absolute Minimum Things You Must Do To Promote a Stage Play or Musical in 2014
I originally wrote about the 3 minimum things to do at the end of 2010. By 2014 my ideas on the essential things you must do had changed. So I wrote a new post with 3 new recommendations.

What got really interesting, though, is that a reader named Scott left a comment here. He had a question about the marketing challenge in front of him at the time. It wasn’t really related to the blog post, I think this is just the page he ended up on. It was a straight forward question, and I shared my take right there in the comments.

Then another reader named Dillon left a comment, again asking a very specific question. It wasn’t about the post itself, and I’m imagining seeing that someone else asked a question and got a response is what prompted Dillon to action.

That got me wondering if more readers had questions on their minds, and if they would be more likely to ask if they thought there was an appropriate place to ask questions and get answers. That wondering was a huge factor in the recent redesign of the site.

I replaced the fairly generic “contact” link that used to be in the top navigation with one that says “ask me”. That takes you to a page where I suggest 4 different paths of reaching out to me. I added a box in the sidebar of the site that invites people to ask questions, that also takes people to this same page.

3 Most Listened To Podcast Episodes

In general the episodes where I feature guests tend to have a wider audience if only because the guest can share the episode on their social media channels and other outlets. Hopefully some portion of those new listeners will like what they hear and stick around, but there is always a chunk of people who only ever listen to that one episode because they have an interest in the guest and not necessarily theatre marketing.

So it really caught my eye that one of my solo podcast episodes was the second most listened to.

1. SOR 46: Georgeanna Smith of NoExit Performance on Capturing the Interest of the Local Press and Building Relationships Within the Arts Community
I’m delighted with how many different parts of the world the Sold Out Run audience hails from (hello to subscribers in Reykjavik, Sydney, and Singapore!) but the largest single contingent is from here in Indianapolis. So both Georgeanna Smith and NoExit Performance have some name recognition with many Sold Out Run listeners, and of course it doesn’t hurt that Georgeanna kills it in this episode.

2. SOR 53: Why Taking the Time To Brainstorm Your Marketing With Outsiders Is Worth It
So of all the solo podcast episodes, why does one about brainstorming get the most attention? I go back to the same conclusion from the most read blog posts: I think people arrive at Sold Out Run looking for ideas. Many of the solo podcast episodes have an element of me waxing philosophic about marketing because I’m just sharing what I think.

While I do believe there’s still a place for that, it sounds like people might be interested in some episodes (posts, ebooks, videos, etc.) that help them come up with specific ideas for marketing tactics they can use on their next show. I’m not sure I’ve yet landed on the best way to translate that to podcast content, but it is something I’m looking at.

3. SOR 56: Dave Levett Talks About How Even the Smallest Theatre Can Get Meaningful Data About Its Audience
I can tell you exactly why Dave’s episode gets so much attention: he markets it. From time to time I’ll notice on Twitter that his company, Lollipop Marketing ( @lollipopmktg ) will tweet about the podcast episode. It’s not unusual for a guest to tweet about their episode the day it’s published, but Dave’s the only one so far who keeps drawing people back to it over and over again. Kind of makes you feel like he might know something about marketing, right?

Admittedly what makes a tweet “popular” is a little fuzzy. Are we talking about retweets, favorites, click throughs, or responses? For simplicity sake, I pulled up My Top Tweet, which is a website that shows your most retweeted tweets.

Looking at these, I’m not sure I draw any particular conclusions from them. I don’t notice any common themes or anything that makes these stand out in particular from most of my other tweets. (It was kind of fun to see what got the most attention, though.)

Free admission creates the impression that your show isn’t worth anything. Unless you do something crazy like this: http://t.co/tSWGgmvnUT

For writers of musicals, on marketing MT @nmtsongs: Beyond Broadway: Selling Out – http://t.co/VjOqm1pcbR

A good marketing plan means not staring out at the house opening night and wondering if you could’ve / should’ve done more.

Facebook has a very nice interface that lets you examine what’s been going on very recently with your page, but it’s tougher to get a look at an entire year unless you want to examine each post individually. (I don’t.)

So I haven’t identified the top 3 Facebook posts, and I’m not sure how much that matters going forward. (More on that in a second.) But I did notice a particular post that a couple people liked, commented on, and especially clicked through.

This article was shared a lot over social media this year by various thought leaders in the theatre space. It was originally published in 2008, but it reads like it could have been written yesterday. If you haven’t read it yet, I highly encourage you to find a few quiet moments and have a look.

Ugh. Facebook, why do you make it so hard to love you? The social networking giant published a release towards the end of last year basically saying that the posts you make on your Facebook page aren’t going to be seen by almost anyone. This has certainly played out in my own Facebook news feed. I see very few posts from pages that I have liked, and apparently that’s exactly what Facebook intends.

Note that this does not apply to events or groups. It people clicked “join” or “maybe” that they are attending your event on Facebook, they will still see your updates in their news feed. But it does mean a Facebook Page has again become a little less powerful in your marketing arsenal. Still trying to decide what that means for Sold Out Run’s Facebook page in 2015.

Looking through all of these items from the last year, the biggest takeaway I have is how lucky I am. To an outside observer, it might be hard to see. I spend a ton of time on Sold Out Run, and it’s not like I’ve become an Internet celebrity. I’ve made a little bit of money from the site this year, but not enough to even cover a month’s worth of food for my family.

Perhaps my favorite thing about working on Sold Out Run is I get to feel like part of a community. I want to live in a world where the words starving and artist sound strange together. I want people to feel like pursuing a career in the arts doesn’t mean resigning themselves to a life of never really having much money.

Improving the overall quality of arts marketing doesn’t solve that problem all by itself, but I do believe it is a piece of the puzzle. Every time we sell out a show, we send a message to everyone in the audience that live theatre is in demand and that they are not alone in their belief it is worth spending money on.

I’m grateful for the small role I get to play in bringing us closer to that world.