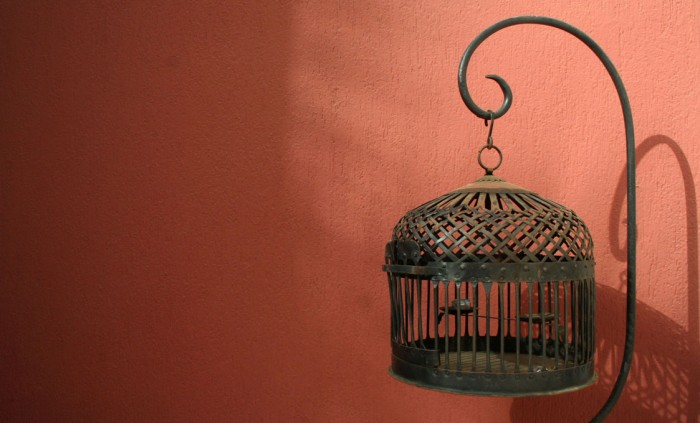 It’s easy to fall into the trap of using Twitter strictly as a broadcast medium. (Believe me, I know!) And while you might see a tiny trickle of marketing success that way, it’s wasting the opportunities that this social media platform provides. Anecdotally I feel like one of the most common mistakes organizations make when trying to use Twitter is attempting to institutionalize their activity. At it’s best Twitter is inherently organic, random, and messy. Even more so than other types of marketing.

I’m certain followers of  on Twitter have been underwhelmed by what I put out on that platform – if they even remember that they’re following me. I rarely add anything new and almost never get involved in conversations there.

No surprise then that my number of followers is tiny. I think the few people that have followed are doing so because they use Twitter a lot themselves and happen to like this blog. They’re just preparing for the day that Sold Out Run might grow into it’s Twitter potential. It could happen, but I hope no one’s holding their breath.

I’m going to throw out a potentially polarizing idea. It’s just my opinion. I mention that caveat because you will find other – and in some cases extremely successful – theatre marketers who feel the exact opposite. Here it goes:

I think Twitter is great for individuals. The platform removes so much friction from communicating with other people in your area of interest. How many people have had direct, personal interactions with Howard Sherman through Twitter that never would have otherwise?

It’s also great for some amazing artistic endeavors. The Royal Shakespeare Company performed an interactive version of Romeo & Juliet via Twitter over a  5 week period a few years ago. I share in Reaching a New Audience how the author of Next To Normal created a “real time” series of tweets that provided supplementary character interactions.

Efforts like that are a great way to make a splash with Twitter, but it’s the day-to-day activity that matters the most. When a theatre or production is successful building up a following on Twitter, it seems to me like it’s usually the effort of an individual who is representing the brand on Twitter – and doing a bang up job of it.

Individuals are the key

I feel like your success on Twitter hinges on who you have running point on your account. Does that person love Twitter? Do they use it recreationally? Would they be connecting on Twitter even if it wasn’t their responsibility to do so?

The reason I don’t do more with the Sold Out Run Twitter account is that I’ve sort of fallen out of love with Twitter. A few years ago, I was posting almost daily on my personal Twitter account. I realize to you true Twitter aficionados out there, just once a day may not seem frequent, but my point is I was very much invested in my Twitter activity. These days I might tweet something once or twice a month.

Of course at that rate, there’s almost no point. I’m not staying connected to anyone. I’m not forging new relationships.

There are useful ways to promote a production on Twitter. Of course you can use it to extend the performance like RSC and Next to Normal have done, and if you have the means I think that’s outstanding. There is some lower hanging fruit, though.

Identify your allies that are active on Twitter. Some of your cast and crew might fit this description, but it’s also worth identifying their friends and family. Who’s donated to you in the past that’s active on Twitter? Who in your community is big on Twitter and an advocate for theater?

Even just a few minutes of looking through their Twitter history will give you an indication of what they like to talk about. Instead of thinking about what you want them to say about your production on Twitter, work backwards. What sort of things do they talk about? One person might talk a lot about the technical elements of a show. Maybe someone else really emphasizes the social message.

When you have a sense of what people like to say, you can reach out to them with that story.

John, I noticed you Tweet a lot about local shows with an anti-bullying message. Thought this one might be interesting to you.

It’s not hard, and you’ve pointed out exactly why John will care about your production.

Of course all that can be done without posting a single tweet. You get the right information into the hands of people who are active on Twitter, and let their natural inclination to share via social media take over.

If you do have closer advocates of the production who are active on Twitter, you just need to get as much ammunition into their hands as possible. Cool photos, funny one-liners from the script, plus any and all promotional material should be available to them so they can share whichever items are appropriate for their social media voice.