Using Social Media To Promote a Show At the Last Minute 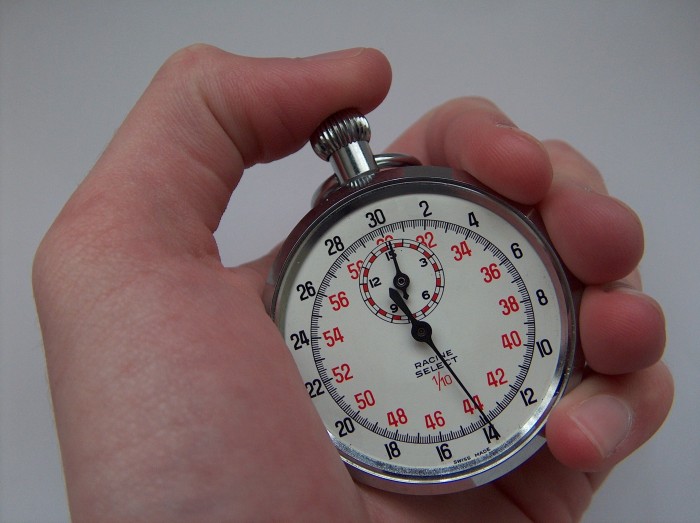 I’m performing in a play that opened this past weekend. Although we did sell out one of the performances, there were two in particular that didn’t draw nearly the crowd I would have liked to have seen. What happened? There were multiple contributing factors, but certainly one is that I just wasn’t paying attention. I assumed that tickets were flying out the door, and I wasn’t working very hard to spread the word about what I feel is a great script, cast, and overall theatre experience. (Truth be told that’s part of why I wasn’t paying attention to the marketing – I was completely engrossed in working the material.)

So now I’m in a position that we have all found ourselves in at one time or another. I’m half way through the run, and I’m wondering what I can do to drum up some ticket sales in the next few days.

Obviously the best piece of advice I can give you is to avoid this situation. Make sure you are planning ahead and taking steps to promote your show before the last minute, but what do you do once you’re in this spot?

Social media sites like Facebook and Twitter might be your best communication channel at this point. There is a built-in immediacy to this type of communication, and you can get messages out quickly. It’s hard to get much press coverage at this point and traditional advertising can be even slower.

You still need to figure out what to talk about, though. “Please come to our show,” isn’t very effective even if that is what you truly feel like saying.

Even an average review is still getting a plot synopsis and show dates in front of new eyes.

The one asset I have now that I didn’t a few weeks ago is a couple of reviews of the show. If you have reviews that are good (or even just mediocre) you want to talk about those. If you have a reviewer that just crucified you that’s probably not going to help draw people in, but even an average review is still getting a plot synopsis and show dates in front of new eyes.

An average review is unlikely to talk people out of buying a ticket if they planned to before, but just raising the awareness of your show can easily get a few more butts in the seats.

Give away a few tickets

I’ve talked before about how to get the most out of giving away free tickets, and at this point you need to grab people’s attention. This type of contest is really about giving people something to talk about, and getting them to consider that going to your show is something they might want to do this weekend.

People love to feel like they are getting special treatment. You can play on that fact by making exclusive offers. Perhaps you mention on your Facebook page that anyone who mentions the offer when they call into the box office gets 20% off the regular ticket price. Or if you really need to get people in the door make it a 50% discount. You’re not making anything off those empty seats, and they certainly aren’t feeding any energy to your cast.

If you are behind on your promotion, you may not have a very large network of people following news about your show. It’s time to call in some favors. Ask your friends to share and forward the items you are putting online. I do not mean sending a mass email or just putting up a note on your personal Facebook page asking for people to tell their friends about the show. (Trying to spend the minimum amount of effort is what got you into this mess, remember?)

Pick up the phone and call people. That personal connection is going to motivate them to take action far more than an email would. If you must email your contacts to ask for their help, make sure it feels personal. Include some detail at the beginning that lets them know it is a message you are sending to them and only them. You can copy and paste the part where you are asking for help, but you need at least a few sentences that are uniquely for them. Five highly personal emails are more effective than sending a generic message to 100 people.

And of course you can always write a blog post telling people about your situation. 🙂

Note: If you are in the Indianapolis area this weekend and would like to see me, I’m on stage in the CCP production of A Nice Family Gathering. I’d love to talk to you after the show about what you think of Sold Out Run. (You can even win a for Saturday, Feburary 5th.)

Next Story: Need To Raise Money To Put On a Show? Kickstarter May Be Your Answer.
Previous Story: The Email That Eventually Became Sold Out Run