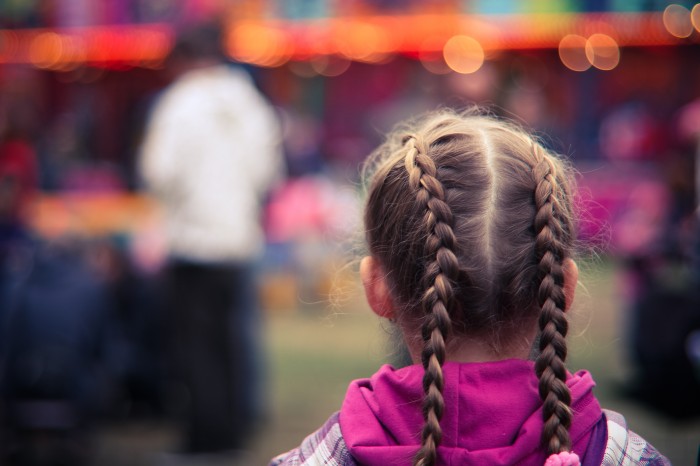 Based on the emails I get from people who stumble upon this blog, there are more than a few theatres out there trying to figure out how to court a younger audience. Regularly bringing in new blood to your audience is no doubt important to the long term success of any arts organization, and it’s tempting to focus on the question, “Where are the young people?”

Today that question would lead you online to sites like Facebook and YouTube. I’m worried that too many theatres stop the line of questioning there and simply treat these sites as a new distribution channel for the same old marketing message. That practice misses the next (and in my opinion, far more useful) question, “Why are the young people here?”

Have you considered making a digital version of your show poster and linking to it on Instagram, Pinterest, and Twitter? Don’t. Or at least don’t stop there. I’m not saying it wouldn’t have some positive effect, but the challenge with attracting younger audiences is bigger than merely finding the new channels where their attention is focused and doing what you’ve always done in a new place.

Half of the appeal of social media is that the experience caters to the individual. You see the people and brands on Facebook in which you personally have expressed an interest. Everyone gets a different set of information when they log in to their Facebook account. It makes them feel heard. It makes them feel like their preferences and opinions matter in some way.

Contrast that with a few of the defenses I’ve heard of classical arts forms:

First of all, I don’t disagree with any of these statements, but do you notice the underlying message? If I am a young person who hasn’t been exposed to much theatre, and these are the things I’m hearing as rationales for why I need to attend theatre – what’s the common thread: I’m wrong. There’s something wrong with me for not liking this, and I need to be fixed.

Compare that to social media channels that try ferociously to reinforce my taste by giving me more experiences that strongly correlate with the things I already like. And when there is a picture or a joke that I don’t care for, I’m onto the next item almost instantly.

The uncertainty of a night at the theatre

We need to make going to the theatre less risky, and I don’t mean taking less risks with what we create artistically. (Actually we might want to take more.) We need to reduce the risk that a ticket buyer takes when they come out for a night of theatre. There’s a very real risk that they won’t have a good time. They’ll have wasted the money for a ticket and a few hours of their time – maybe the only few hours they had for an evening out this week.

We need to make going to the theatre less risky

I don’t want to naively suggest that the answer is to just always put good work up on the stage. That should always be our objective, but even the most brilliant production of Carnage isn’t going to be enjoyed by everyone. Different people have different tastes.

The key to reducing risk is to start the experience long before they buy a ticket. I’m going to throw that out there one more time so you can really think about it.

The key to reducing risk is to start the experience long before they buy a ticket.

Don’t think of your production as the two hours that the audience is sitting in their seats. That’s just the show part. That’s the big finish. Your production is much bigger.

The experience someone has with your production starts the first time they glance at one of your posters out of the corner of their eye. It’s happening when one of their friends likes your video trailer on Facebook and even when they learn another friend won a pair of tickets. Every mention of your show is part of the experience that your audience has with your production. Most of the time you aren’t even there to see it, but it’s happening.

Everything they see (and don’t see) about your show is part of the entertainment experience. If they haven’t noticed anything that entertained them in the marketing leading up to your show, why would they assume that the actual performance would be any different?

Sidebar: Younger demographics today live in a world where people are constantly sharing the things they are doing that make them excited or proud. In the absence of someone talking about just what exactly is amazing about your production, I believe the unspoken assumption by many people is that the show must not be very good.

Buying a ticket stops being a risky proposition. You’ve already told me with your marketing that I’m going to enjoy the show.

If you start entertaining with your marketing, young people (and every other age group for that matter) will be excited to see what else you’ve got in store for them. Buying a ticket stops being a risky proposition. You’ve already told me with your marketing that I’m going to enjoy the show.

You don’t give away the plot, and in many cases you might be keeping some cool surprises with stage effects under wraps, but you’ve told me how I’m going to feel when I’m sitting in the audience.

It’s strange perhaps that the people with the most time ahead of them so often seem to be the ones with the least patience, but there it is. The path to attracting younger audiences is not convincing them to take a chance on your show, and I certainly don’t think it’s telling them they might learn to love theatre. There are too many other “sure thing” entertainment options out there competing for their attention.

“Start the show” with your marketing. If you can entertain and evoke an emotional response with your marketing, people young and old will be eager to fork over the cost of a ticket to see how much more of the same feeling you can give them.

Next Story: I Don’t Use Twitter Right (or How To Use Twitter To Promote Your Show)
Previous Story: The 3 Absolute Minimum Things You Must Do To Promote a Stage Play or Musical in 2014